The solar plant in Jordan is the latest in a series of efforts to boost renewable energy investments in a country faced with increased energy demand, in part driven by the growing refugee crisis, according to an IFC statement published on its website. 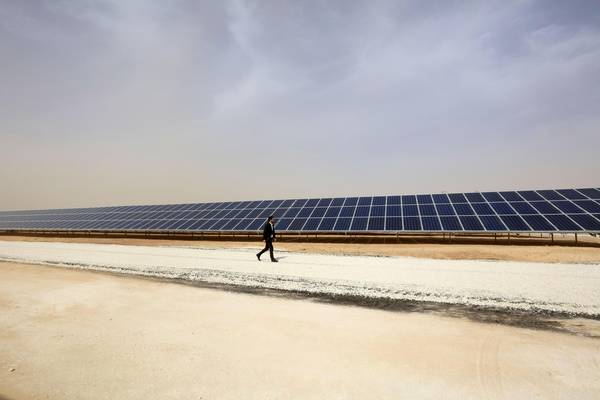 The International Finance Corporation (IFC), a member of the World Bank Group said it will finance a major solar power plant worth $188 million to boost renewable energy investments in Jordan.

The plant is the latest in a series of efforts to boost renewable energy investments in a country faced with increased energy demand, in part driven by the growing refugee crisis, according to an IFC statement published on its website.

The financing package for the 248-megawatt Baynouna facility developed by Masdar (Abu Dhabi Future Energy Company) includes $54 million from IFC’s own account and $134 million mobilised from other senior lenders including a parallel loan from Japan International Cooperation Agency (JICA), the statement said.

The plant will supply power well below Jordan’s average cost of electricity, thus further lowering the cost of long-term electricity generation in the country, the statement said.

Mouayed Makhlouf, IFC director for the Middle East and North Africa said, “Renewable energy is a pillar of IFC’s work, in the region and beyond. We have already financed several major projects, encouraging private investment in the sector and pioneering innovative financing models.”

“We stand ready to support Jordan in meeting its growing energy needs and becoming a model for renewable energy investments,” Makhlouf added.

International Finance Corporation has invested over $300 million in aggregate across 13 projects so far, enabling well over $1 billion in private sector investments in Jordan’s power distribution and generation sectors.