“We are going to generate around 175 Gigawatt of renewable energy on solar, wind, bio-CNG, bio-fuel to small hydro projects in the near future, India’s energy mix will be substantially complemented by renewable energy,” he said. 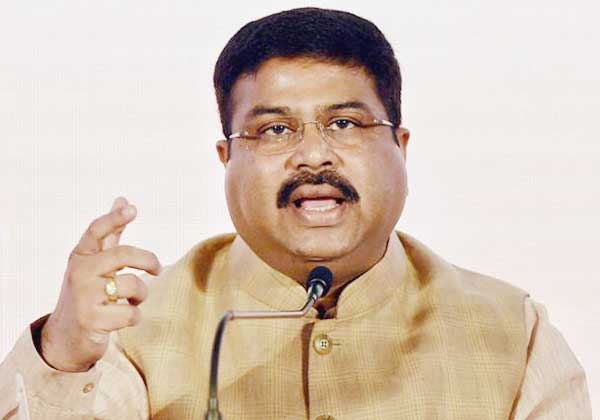 India’s energy mix will be substantially complemented by renewable energy and the country is going to generate around 175 Gigawatt of energy from such sources, Minister of Petroleum and Natural Gas Dharmendra Pradhan has said.

He said India was a leading player in the renewable energy movement and has positioned itself in this arena in a short span of time.

“We are going to generate around 175 Gigawatt of renewable energy on solar, wind, bio-CNG, bio-fuel to small hydro projects in the near future, India’s energy mix will be substantially complemented by renewable energy,” he said.

Concluding his three-day visit to the UAE, Pradhan who is also the minister for skill development and entrepreneurship said that India-UAE relationship is at its peak.

Later, speaking at a press conference, Pradhan said that India is prepared to enhance the skills of manpower being supplied to the UAE.

He said that in a crisis-like situation, India should have oil storage facility, which makes it a win-win situation for both India and the UAE.

“The UAE gets an assured market and we get a regular supply chain. This is a special arrangement with the UAE,” he said.

Asked about the recent hike in oil price, he said that today, the oil price is pinching Indian consumer because India is a very price sensitive country.

“We are a big consuming country so there must be a sense of responsibility and reasoning in the pricing,” he said.

“Last month, addressing the stakeholders of energy business at the International Energy Forum (IEF), Prime Minister Narendra Modi had appealed that we don’t expect a low oil price of say USD 25-30 but we must expect a reasonable and responsible price,” said the minister.

On US President Donald Trump’s decision to snap nuclear deal with Iran, he said it is too early to come to a conclusion and that he doesn’t see any disruption in fuel supplies to India.