This early stage research, of India’s one of the premier institutes, could potentially be useful for meeting the energy needs of the country. 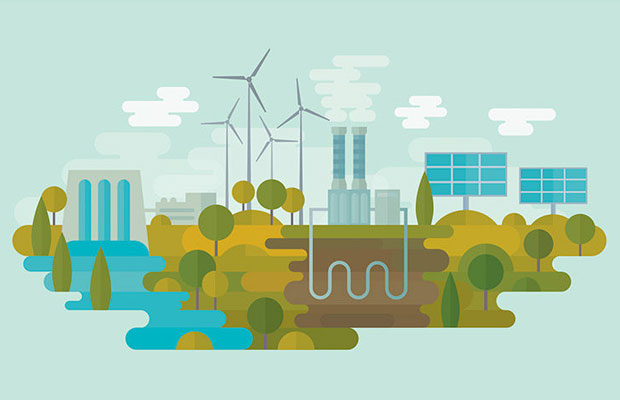 It was developed by the Indian Institute of Science (IISc), Bangalore, and is touted to be the country’s first test-bed for next generation. This is efficient, compact, waterless super critical CO2 Brayton cycle test loop for power generation.

Further, this early stage research, of India’s one of the premier institutes, could potentially be useful for meeting the energy needs of the country.

The facility was inaugurated by Science & Technology Minister Dr Harsh Vardhan at the IISc campus in Bengaluru.

During the inaugural address, Science & Technology Minister, Dr Harsh Vardhan said, “I am sure all these intense scientific efforts and collective endeavours would enable us to realise the vision of an affordable, efficient, compact, reliable clean energy systems which will be robust and suitable in diverse geographic conditions.”

“We will be facilitating all such efforts and complementing and supplementing both in terms of technical knowledge and finances, wherever required,” the Minister added.

This test loop is designed to generate the necessary data for future development of scaled up S-CO2  power plants, which would require overcoming several technological challenges –developing critical components such as the turbine, compressor and heat exchangers that can work at the desired pressure and temperature ranges and using materials that can withstand these conditions.

This effort   has already been identified as a possible national initiative for the next generation of solar thermal power plants. This gives India an opportunity to become a world leader in this technology, and fulfil a major objective of the National Solar Mission which emphasizes indigenous manufacturing.

“This   breakthrough research could potentially be game changer for meeting the energy needs of the country in terms of higher efficiency and capacity at lower operating costs and size. I am sure this would result in research, development and demonstration of state-of-art tools, techniques and products which are of critical importance for our energy security,” said Dr Vardhan.

The minister announced plans to set up a research centre on Clean Coal Technologies at IISc. He said, the Science & Technology Ministry has already made an investment of Rs. 500 crores in research endeavours at IISc during the last three years.