Indian Railways has an existing capacity of 71.19 MW of Solar plants from rooftops solar installations at various Railways stations. 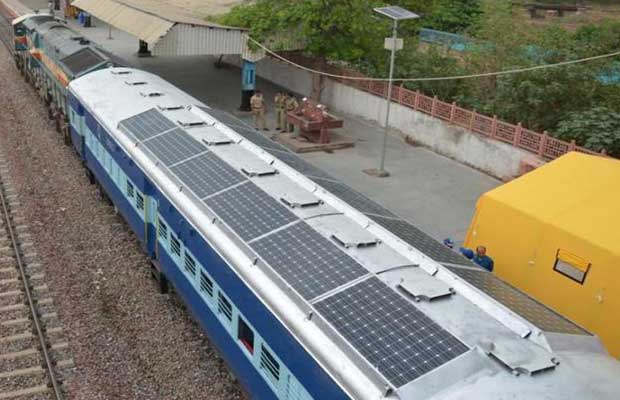 Ministry of Railways has planned to set up 1000 Mega Watt (MW) solar power by 2020-21 which would help Railways to source about 10% of its electrical energy from renewable source, Minister of State of Railways, Shri Rajen Gohain said in a written reply to a question in Lok Sabha today.

Indian Railways has an existing capacity of 71.19 MW of Solar plants from rooftops solar installations at various Railways stations and service buildings.

All electrified Railway stations (except those under gauge conversion) and 99% of service buildings have been fitted with 100% LED luminaries over Indian Railways.

In 2016, a policy decision was taken for allocating 1% cost in all sanctioned works for execution of environment related works.