Solar industry captains have broadly welcomed the Narendra Modi government’s proposed amendments to the Electricity Act, 2003, as it has tried to offer solutions for many lingering issues of the ailing power sector. 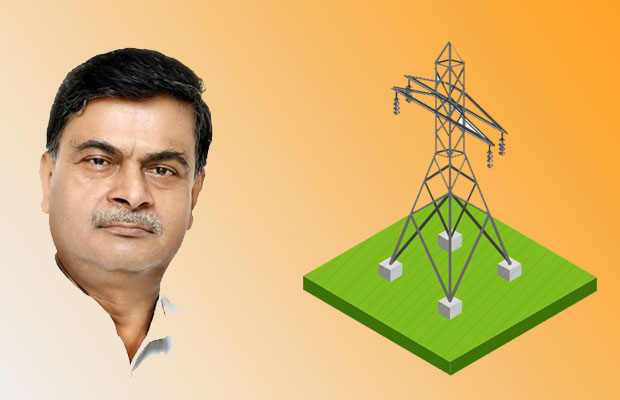 In line with this, industry stakeholders believed that if new proposed amendments along with suggestions from the India Inc, implemented properly then it will open up new avenues for the power sector, especially renewable energy.

Manoj Gupta, VP-Solar and Waste to Energy Business, Fortum India, an Indian arm of Finnish state-owned energy company Fortum, optimistically give thumbs up for the proposed Electricity (Amendment) Bill and said “we appreciate Ministry of Power for coming up with draft Electricity Act (Amendment) Bill 2020 to address structural issues and bring in fundamental reforms in the sector. Cost reflective tariff, simplification of tariff structure and reduction of cross-subsidies is a thumbs up for the sector. The introduction of National Renewable Energy Policy for the promotion of renewable energy and determine renewable purchase obligations is in line with the country’s carbon reduction commitments. Also, a stringent penal clause for non-fulfilment of RPO obligation is aimed to bring in discipline among obligated entities.”

The amendment proposes a contract enforcement authority for adjudicating in matters pertaining to contracts except for tariff related matters while the existing Regulatory commissions will continue to regulate markets and determine retail and generation tariffs. In the proposed amendment payment security instrument is made mandatory for scheduling of power, he further added.

Besides, Gupta suggested to the government that “while there is a clear attempt to address the fundamental issues, more clarity is needed in various aspects viz., jurisdictional clarity between Regulatory commissions and contract enforcement authority, penalty payments for non-fulfilment of RPO obligation, strict implementation of open access, the distinction between distribution franchisee and distribution sub-licensee, mandating payment security. We are confident that with stakeholder consultation, the draft bill evolves incorporating the necessary changes, especially as it is going to shape future electricity markets of the coming decade.”

On the other hand, Simarpreet Singh, Director, Hartek Group, an energy conglomerate, raised some concerns that “the provisions of the draft Electricity Act (Amendment) Bill, 2020 will make it more difficult for state governments to provide cross-subsidies to consumers. While bringing about uniformity in tariffs for residential and industrial consumers, the proposed amendments will require all consumers to pay for at least the cost of power. Going by this, the agriculture sector might not be able to avail free power anymore. State governments can subsidise them only through a direct benefit transfer of the subsidy amount. However, load-based variations will remain, thereby implying that consumers with less power consumption will pay less fixed charges than those who consume more power.”

On the Discoms finances, Singh also appreciated the government’s effort and said “the proposed Bill is also expected to improve the finances of power distribution companies and bring much-needed transparency in their operations. At the same time, it will increase the upfront costs for consumers falling under lower consumption slabs. The proposed Electricity Contract Enforcement Authority (ECEA) under the Bill, which will replace Electricity Regulatory Commissions, is aimed at making power generation companies honour the contracts they have signed with Discoms. The ECEA will have more teeth than electricity regulatory commissions as the decisions taken by it can only be challenged in the Appellate Tribunal for Electricity.”

In line with Singh, Girishkumar Kadam, Sector Head & Vice President – Corporate ratings, ICRA, credit rating agency, also appreciated the establishment of ECEA, and suggested that “there should be a clear demarcation of responsibilities between existing regulators and ECEA to avoid jurisdiction issues. Furthermore, the proposals to notify a National Renewable Energy Policy (NREP) for promotion of renewable and hydropower, enabling state commissions to adopt the central government notified renewable purchase obligation (RPO) norms, the introduction of per unit penalties for the shortfall in meeting RPO target, deemed approved of the tariff discovered through bidding route and incorporation of provisions of the payment security mechanism in the electricity act, once implemented, are likely to revitalize investor confidence, especially in the renewable power sector.”

On the other hand while suggesting the government, Vikram V., Associate Head & AVP, ICRA, commented “while the amendments proposed such as direct benefit transfer for the subsidy, cost-reflective tariff determination and uniformity in the appointment of SERCs, are certainly positive for the distribution segment, in the long run, the effective implementation of these provisions requires the support of the state governments and the utilities, through proactive efforts on operational improvements, timely filing of tariff petitions, and cost-reflective tariff revisions by the regulators. Also, the central and state governments must devise a mechanism to liquidate the regulator asset position of the Discoms and outstanding dues to power generators.”

Meanwhile, the Ministry of Power has, recently, extended the time for submission of suggestions from stakeholders on the draft Electricity (Amendment) Bill 2020, till June 05, 2020, from the earlier date of May 08, 2020.