India dropped back down to 2nd position, as Chile regained the top spot back in the latest Climatescope survey ranking by BNEF 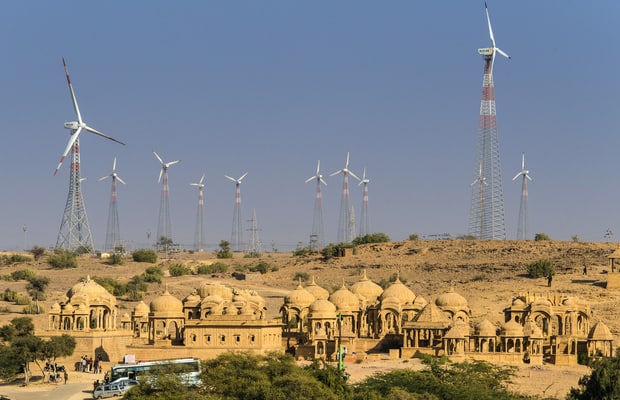 India, after topping BNEF’s Climatescope Emerging Markets Ranking in 2019, has dropped back down to second position in the latest Climatescope survey released by BNEF. Chile, which was ranked 2nd in last year’s survey and 1st in 2018, has reclaimed its 1st position in the 2020 survey rankings.

The report adds that through strong clean energy policies and its commitment to phase out coal generation, Chile remained determined to transition to a cleaner matrix. The country has already met its 2025 clean energy mandate target of 20 percent of generation for utilities and aims for 60 percent of its power generation to come from clean sources by 2035, and was the key reason behind the South American nation regaining its top spot in 2020.

For India, its ambitious policy framework and copious capacity expansions make it an attractive market for clean energy investment. The government has set one of the world’s most ambitious renewable energy targets by aiming for 175 GW by 2022. However, the country’s drop to second position is mainly the result of a decline in clean energy investment, which fell 12 percent in 2018-2019 and has plummeted 32 percent since 2017.

Behind Chile and India, Brazil remained third. It continued to be one of the main emerging markets for renewable energy deployment and the largest power market in Latin America, with a total installed capacity of 171 GW as of year-end 2019. Brazil has pioneered competitive auctions to contract clean energy, which led to 30 GW of renewable energy contracted 2009-2019.

A new entrant in the top 5, Jordan rose to fourth in the rankings from sixth last year. The survey details that a stable clean energy policy framework combined with experience in deploying clean energy projects helped Jordan become a regional renewables leader. Renewable energy installations have been booming over the past five years, with 1.5 GW of PV and over 500 MW of wind capacity installed 2015-2019.

After Jordan took its fourth, Mainland China dropped down to fifth. Investment for mainland China clean energy projects has been sinking since 2017 as a result of policy changes, especially the removal of generous feed-in tariffs that were the norm for much of the past decade. Still, mainland China continues to represent a land of enormous potential for renewables.

The BNEF report has also detailed that while both China and India dropped down a position in the rankings, together they were still the biggest emerging markets for clean energy investment. As per the report, the two neighbours accounted for USD 94 billion of new wind and utility-scale solar investment and 76 GW of wind and solar build in 2019 (capacity figures include funding for both utility-scale build and small-scale solar).