Iberdrola has announced that after its conditions were met by Infigen stakeholders, it has now upped its takeover bid for the firm to ~ EUR 552.8 million. 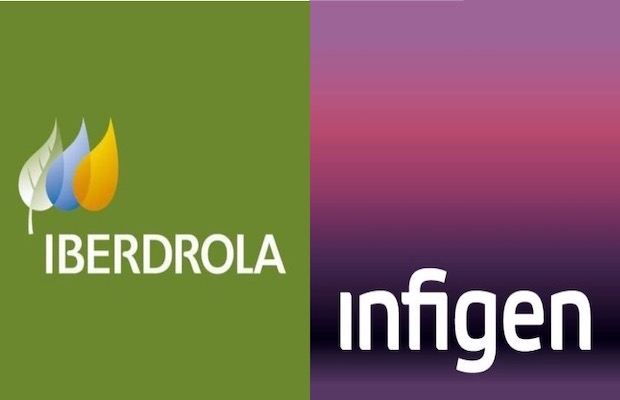 Spanish energy conglomerate Iberdrola has announced that after its conditions were met by further acceptance of the takeover bid by shareholders of Australian renewable energy firm Infigen Energy, the firm will now be offering Infigen shareholders A$0.92 (EUR 0.57) per share which takes the maximum aggregate consideration of the takeover offer to approximately AUD 893 million (EUR 552.8 million).

With the latest improvement in the offer, Iberdrola expects to finalise the deal after a month-long battle with Philippine conglomerate Ayala Corporation. The Spanish firm’s twice improved offer with the backing of Infigen now stands at A$893.1 million ($634.28 million/EUR 552.8 million) and comes around a week after Ayala said it would not improve its bid.

Iberdrola said it now holds 38.06 percent shares of Infigen following the 13.5 percent of acceptances received in the latest round.

In June, we had reported that the board of Australian wind farm operator Infigen is recommending that shareholders accept an AUD 864 million takeover bid from Spanish utility Iberdrola. The recommendation came after Iberdrola waived conditions for its off-market bid, a day after raising its offer to 89 cents per share.

“The Iberdrola Offer is a compelling opportunity for Infigen security holders to provide liquidity and attractive value by comparison to the market price history of Infigen securities at any time prior to Iberdrola Australia’s offer,” the company had stated.

At the time, UAC Energy, a unit of Ayala had raised its rival offer for Infigen to 86 cents per share and made it unconditional, but Infigen had said that it believes the defeating conditions attached to Iberdrola’s bid are capable of satisfaction.