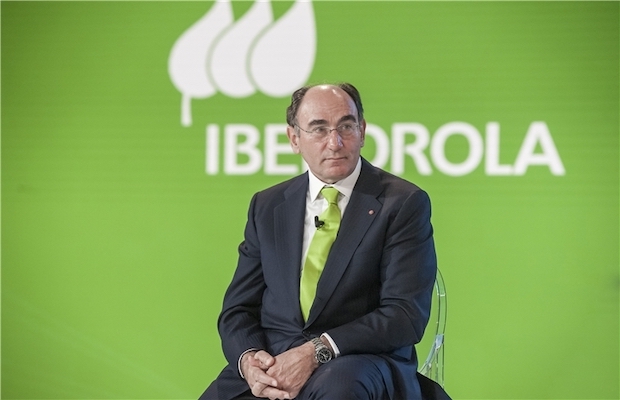 Iberdrola is stepping up global growth with investment rising to Euro 34 billion in the 2018-2022 period. This breakthrough means an upward revision from the initial outlook, made possible by accelerated delivery of targets and new opportunities in the various countries where the company operates.

The updated 2018-2022 Outlook announced recently follows the news that for the first time, Iberdrola has broken through the 3 billion-euro barrier in terms of net profit for a financial year – Euro 3.014 billion in 2018 – within a context that is highly favourable to ensuring organic growth in the main geographical areas where it is present: Continental Europe (with the significant role played by Spain), United Kingdom, Brazil, the United States, and Mexico.

Ignacio Galán, Group Chairman explained, “through this plan, we give a major boost to the irreversible transition towards a low-carbon energy model. Our capital expenditure grows by Euro 2 billion and our generation capacity will be nearly 40% higher by the end of 2022.”

In particular, of the Euro 34 billion total investment, 86% will be in regulated or long-term contracted activities, in line with the company’s strategy of focussing on businesses characterised by stable and predictable returns. Thus, 47% of the overall amount – Euro 16 billion – will be invested in Networks and 39% – Euro 13.3 billion – in Renewables. Generation and Supply will receive 11% of the total – Euro 3.8 billion.

As a result, Iberdrola will have increased its installed capacity by 29% throughout the implementation of its strategic outlook.

The company is currently advancing development and installation of 10,113 new MW, of which 65.3% – 6,606 MW – correspond to renewable energy projects. In addition, by 2023, Iberdrola will have Euro 5.3 billion of capital in progress, mainly in the offshore wind farm projects of Saint Brieuc (France), Vineyard Wind (USA) and Baltic Eagle (Germany), as well as the Tâmega hydroelectric complex in Portugal.

Practically all investment in Networks – around 98% – is already secured thanks to the regulatory frameworks established in the different countries. In consequence, the value of Iberdrola’s regulated assets will have increased by 34% by 2022, with the total standing at Euro 38.9 billion.

In the three business areas – Renewables, Networks, and Generation and Supply – capital in progress towards the end of 2022 will be Euro 9 billion which will contribute to profit generation beyond that date.

In Renewables, Iberdrola will have 9,900 new MW on stream by year-end 2022 compared to the 2017 close. The company will also reach 90 GWh of storage capacity in 2022, an increase of 20 GWh on current levels. Storage through pumped hydro technology is the key to ensuring greater penetration of clean energies in the power system.