Iberdrola has joined forces with a local credit agency to develop the Buniel wind farm with 114 MW of installed power. 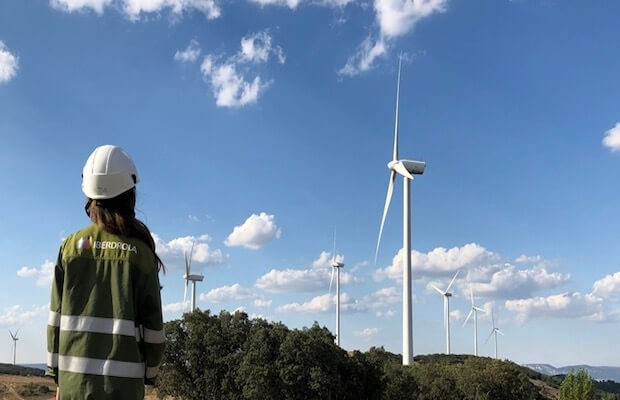 The energy company and the credit cooperative have entered into a collaboration agreement to promote, build and operate this new wind project, with an expected investment of 100 million euros.

The wind farm, which straddles the Burgos municipalities of Cavia, Cayuela and Buniel, will consists of 26 SG 4.5-132 wind turbines and work to build the wind farm is expected to begin in 2021.

The power generated by the wind farm will supply clean energy to a population of 350,000 homes every year, the equivalent of the towns of Burgos, Palencia and Soria together. It will also prevent the emission of 154,000 tons CO2 annually, proof of the usefulness of this technology for protecting the environment and mitigating global warming.

The Buniel wind project is part of a clean energy relaunch plan designed by Iberdrola in Spain, whereby the company expects to install an additional 3,000 MW by 2022 and up to 10,000 new MW by 2030. The plan will create jobs for 20,000 people in Spain. These new projects are among the global investments to be undertaken by Iberdrola by 2022, with total investments of up to 34 billion.

Recently, we reported that the European Investment Bank (EIB) and the Instituto de Crédito Oficial (ICO) will finance the development of the Núñez de Balboa photovoltaic power plant, which Iberdrola is currently building in Extremadura, Spain.

The facility covers a surface area of close to 1000 hectares and will provide a total output power of 500 MW, making it the largest solar photovoltaic (PV) power plant under construction in Europe. It will be able to supply clean energy to 250,000 people, more than the population of the cities of Cáceres and Badajoz, and it will avoid the emission of 215,000 tonnes of CO2 into the environment every year.