Hyundai Motor Group has revealed its product strategy until 2025, with the auto giant planning to operate 44 electrified vehicles by 2025 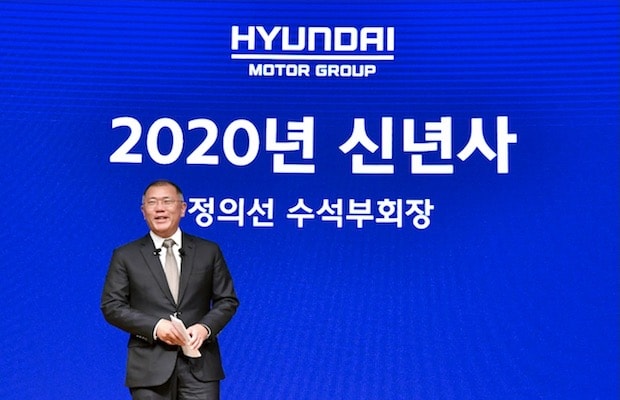 Hyundai Motor Group has revealed its product strategy until 2025. The South Korean auto giant has announced that it plans to operate 44 electrified vehicles by 2025, including both BEV and plug-in hybrid models.

There will be 13 hybrid cars, 6 plug-in hybrids and two fuel cell electric vehicles as well. The BEV lineup will increase to 23 cars by 2025, from 2019’s 9 models. The first dedicated BEV from Hyundai will launch in 2021.

The company has the plan to invest around 100 trillion Korean Won over the next five years, with annual investment amounting to 20 trillion Korean Won. Furthermore, the auto giant is working on a new EV architecture development system, which will be applied to the cars from 2024.

In 2020, Hyundai Group plans to boost the sales of its electrified vehicles, adding more hybrid and plug-in hybrid variants of the popular SUVs like Kia Sorento, Hyundai Tucson and Santa Fe.

Apart from that, the auto giant is also betting big on fuel cell technology. It signed an agreement with Cummins in September last year to jointly develop and commercialise electric and fuel cell powertrains, which are expected to go on sale this year only.

The group plans to supply fuel cell technologies to the transport sector. It aims to deliver around 2 lakh fuel cell systems every year by 2030. Also, the company has the plan to set up an FCEV manufacturing facility in South Korea that will have 5 lakh unit per annum production capacity.

Besides strengthening its product portfolio, Hyundai is also focusing on the mobility service business. The company will commence its car-sharing business in Los Angeles in 2020 through the Mocean Lab, its mobility service wing. Apart from that, it plans to expand collaborations with ride-hailing service providers like Grab and Ola.