As per the agreement, Hyundai Electric would be in charge of engineering, procurement and construction and Korea East-West Power of purchasing renewable energy certificates to meet government regulations. 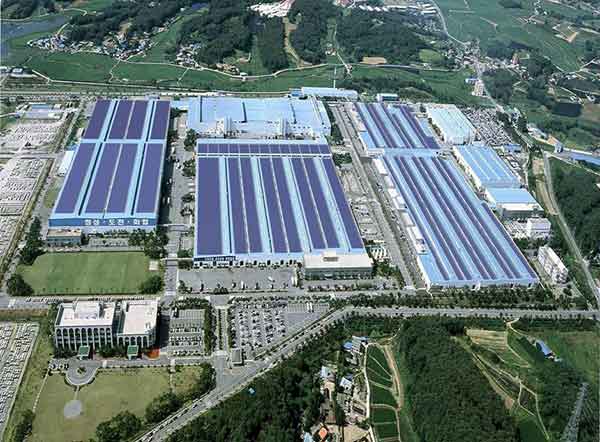 Hyundai Electric & Energy Systems Co. has earned $18.5 million solar power order with its design to brighten up the streets of Yeoju, a city southeast of the South Korean capital Seoul.

According to the company statement, it signed an agreement with the Yeoju city government and the state-run Korea East-West Power Co. to install a 6.5 megawatt (MW) solar panel and a 20.5 megawatt-hour (MWh) energy storage system on the 2.5-kilometer stretch of bicycle lane along the Namhan River and the 3.2-kilometer walking trail near Yeoju reservoir. The roof-shaped panel would not only power the streetlights but also serve as a shield against the rain.

As per the agreement, Hyundai Electric would be in charge of engineering, procurement and construction and Korea East-West Power of purchasing renewable energy certificates to meet government regulations. The city government would handle administrative matters such as licenses and authorizations.

According to a Hyundai Electric official, this is Korea’s largest renewable energy project between a local government and public and private operators to take unused land as a site for development. The company said it aims to complete the installation by the end of this year.

Hyundai Electric has worked since 2010 with local governments of Ulsan, Jeju, Tongyeong and Taebaek and a number of companies in a range of energy projects building renewable energy power plants and energy storage and energy management systems.