HPCL Tenders for Installation of Solar Plants at Retail Outlets

HPCL has issued a tender for the installation of in house captive solar plants at the company-owned retail outlets in Maharashtra, UP and Andhra Pradesh 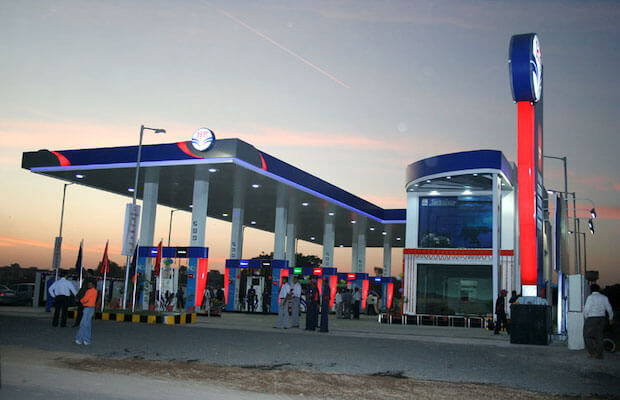 Hindustan Petroleum (HPCL) has issued a tender, seeking bids from eligible bidders for the supply of solar power through the installation of in house captive solar plants at the company-owned retail outlets in Maharashtra, Uttar Pradesh and Andhra Pradesh

The solar plants which can be rooftop or small ground-mounted will be developed with the net metering scheme on a Lump Sum Turnkey (LSTK) Basis under OPEX model for a period of 15 years.

The scope of work for the selected bidders will also include the obtaining of all required approvals/ clearances from relevant nodal agencies in order to integrate the solar plant with the state grids as per concerned state government net metering policy. 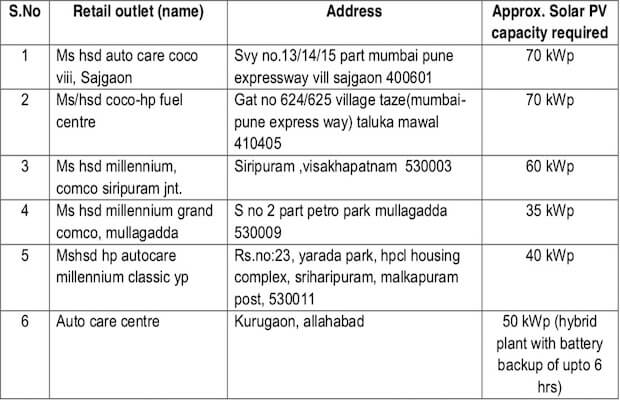 The approximate solar capacity that will be set up under the tender is 325 kWp, which will be developed across the company’s five retail outlets in the three states. The project developers will have a period of 120 days from the date of issuance of the letter of award to complete the work on the projects.

The last date for bid submission is September 19, 2019. A pre-bid meeting has been scheduled for September 5, 2019, to address the concerns raised by the prospective bidders. All bidders must submit an Earnest Money Deposit of Rs 1 lakh along with their bids as a bid security amount.

As per the tender, the bidder has to quote online, the first-year power purchase price (in Rs/kWh) at which, they are willing to supply the solar power to concerned HPCL outlets under OPEX model. HPCL will procure the power from the developers as per the quoted price during the first year of operation and thereafter year on year escalation of Rs 0.05/kWh will be given to the developers from the second year of operation up to the fifteenth year.

To be eligible, the bidders should have a minimum average annual financial turnover of Rs 10.4 lakhs during the last three years.

And, should have experience of having successfully carried out and completed similar work in India during the last seven years: