Hevel Group, which is an exclusive producer of vertical integrated solar energy modules in Russia, has expanded its heterojunction solar cells and modules production plant to 340 MW of capacity from the earlier 260 MW. 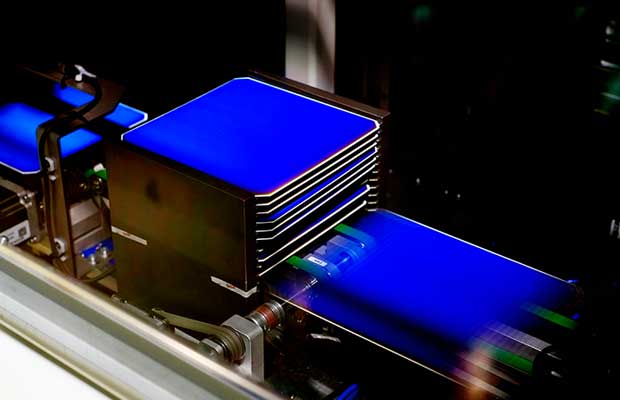 Russia’s largest photovoltaic (PV) cell and module manufacturer said in a statement that “it has completed the ramp up works at its factory that resulted in expansion of heterojunction solar modules and cells production from 260 to 340 MW.”

Further, the full manufacturing production by the company is expected to reach by Q3 of 2020.

The reason behind increasing the production capacity by the company was mainly on account of installation of additional equipment for plasma-enhanced chemical vapor deposition.

Besides, this rise in production capacity by the company has also created 10 new highly qualified positions at the plant in order to reach the new production plans.

Currently, the company has provided employment to over 600 people.

Last year in the month of June, it had completed the modernization of the second part of its plant by expanding annual solar PV modules production capacity to 260 MW from 160 MW.

Hevel has also commenced the production of 72-cell bifacial HJT modules with a capacity of up to 385 W not considering the bifaciality factor.

However, the capacity of the modules considering bifaciality factor is over 440 W.

It will also help in improving the quality of electricity supply for households, hospitals and schools in the region.