Heliogen has announced its selection by Fast Company as a recipient of a 2020 World Changing Ideas Award, recognized for its concentrated solar technology 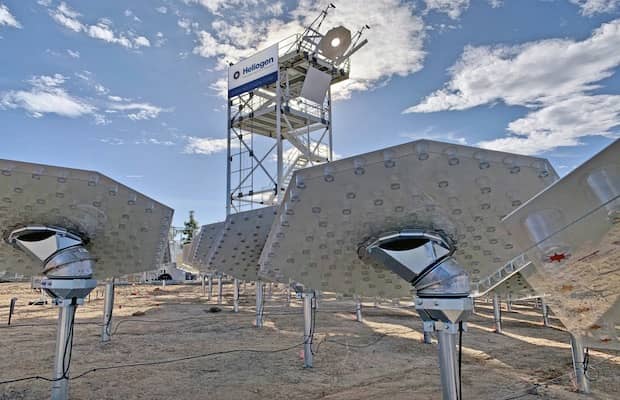 Heliogen has announced its selection by Fast Company as a recipient of a 2020 World Changing Ideas award. Winning the Energy category, Heliogen was recognized for its concentrated solar technology that – for the first time commercially – replaces fossil fuels with sunlight in a wide range of industrial processes.

The firms’ technology will deliver carbon-free, ultra-high temperature heat to many industrial facilities, including cement factories, minerals processing plants and steel mills. Differentiating its technology from concentrated solar solutions of the past is its unique use of advanced computer vision software to precisely align an array of mirrors to reflect sunlight to a single target with unprecedented accuracy. In November 2019, Heliogen announced that it had achieved a record-breaking 1,000 degrees Celsius at its facility in Lancaster, California.

The firm targets sectors of the economy that have been impossible to decarbonise in a commercially viable way, until now. Industry consumes 32 percent of the world’s energy and, in 2018, had the largest increase in emissions in the United States out of any economic sector. The world faces what Bill Gates, an early investor in Heliogen, termed the “75 percent problem,” referring to the 75 percent of global energy consumed for non-electricity uses. Although nearly all renewable energy innovation to date has only applied to electricity generation, the majority of the industrial sector’s energy use is for process heat, which often requires extremely high temperatures that solar photovoltaics and wind, for example, simply cannot achieve cost-effectively. With its technology, concentrated solar can commercially achieve those temperatures for the first time.

“As Heliogen pursues our vision of decarbonising industry across the world, our team has achieved a scientific and technical breakthrough,” said Bill Gross, CEO and founder, Heliogen, and founder and chairman, Idealab. “We’re honoured that Fast Company has recognized that our idea can fundamentally transform the industrial processes which run the global economy today and for the better. The firms’ technology will dramatically slash carbon emissions and reduce costs for the companies whose businesses depend on running these processes – taking a major step toward solving climate change.”

The firms’ winning technology is specifically designed to provide an economic and sustainable solution to the industrial sector. In addition, the firm is also focused on making its technology available to transportation, another sector responsible for 14 percent of global greenhouse gas emissions. The company’s product roadmap includes extending commercial viability to the creation of 100 percent clean and renewable fuels such as hydrogen or syngas.