The power station was commissioned in April 2017. It will help in reducing the carbon emission and also downsize the power bills of the station. 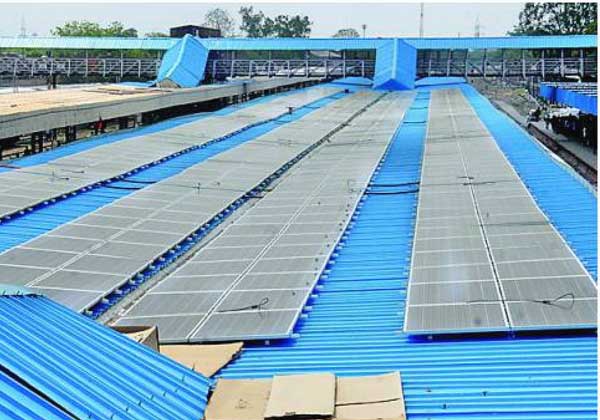 As the country is aggressively striving to shift from conventional to greener source of energy, the Guwahati railway station has become the latest entry to run completely on solar power.

The power station was commissioned in April 2017. It will help in reducing the carbon emission and also downsize the power bills of the station as well. According to an estimate the plant will save Rs 67 lakh worth of electricity annually.

The 700 KW grid interactive solar power plant has been set up over the roof of the Guwahati railway station.

As per the estimates put out by Indian Railways, the project has cost at around 6.7 Crore. The funds for the project were provided by the CONCOR.

Around 2352 solar modules have been installed at the roof-top solar power plant. Carbon dioxide benefit from the solar power plant is 6.3 lakh kg, from April 12, last year to May 10, this year.

“The Guwahati railway station runs 100% on solar power. This is a first of its kind initiative for the North-East and has proved to be immensely beneficial”, said Pranav Jyoti Sharma, CPRO of North-East Frontier Railway.