Gujarat Sets Sight for 30 GW Renewables in Next 10 Years 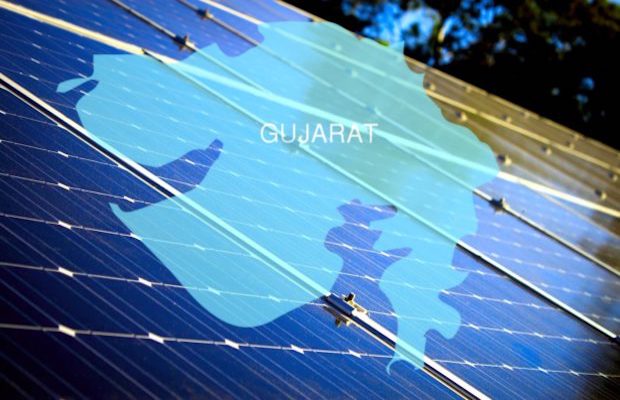 The Gujarat Minister further added that to encourage both solar and wind production, the government has made a policy for the hybrid park. Under this policy, at least 30,000 MW of renewable energy will be produced in coming 10 years. The government will provide wasteland on a 40-year lease on which the developer has to activate 100 percent capacity within 10 years of the lease. He clarified that land would be provided on an annual rent of Rs 15,000, which would be increased by 15 percent every year.

Some of the major projects envisaged for the next three years include a 5,000 MW solar park at Dholera and 1,000 MW wind energy project near Pipavav port, where windmills will be installed in the sea near the port.

“We have planned to attract an investment of Rs 1,00,000 crore in the next three years in these projects. At present, renewable energy production in Gujarat stands at 7,645 MW, that is 28 percent of total power production of the state,” said Patel.

“By 2022, we intend to produce 22,922 MW of electricity through solar and wind, which will be around 54 percent of total power production of the state. In the long run, our push will be on renewable energy rather than conventional electricity generation,” the senior minister said.

Gujarat launched ‘wind-solar hybrid power policy – 2018‘ in June last year, and is aiming to make optimum utilization of the land and grid; the Gujarat government aims to generate 30,000 MW of electricity. He added that Rs 1.20 lakh crore would be invested in the sector over the next 10 years and an additional Rs 10,000 crore would be invested for electricity lines to transfer the power.

Tags: Dholera, green energy, Gujarat, Gujarat 30 GW in next 10 Years, India, Solar, Wind
"Want to be featured here or have news to share? Write to info[at]saurenergy.com