Growth in Number of Profitable DRE Enterprises in FY 2019/20: Report

A new report surveying 63 DRE businesses showed that there was a growth in the number of profitable RE businesses in FY 2019/20.

The fourth edition of the ‘State of the Decentralized Renewable Energy Sector in India 2019/20’ report was recently launched by the CLEAN Network, in an attempt to present an overview of the developments in the DRE sector for the financial year. Surveying 63 DRE businesses, the report showed that there was a growth in the number of profitable RE businesses, as at least 62 percent of the members surveyed reported that they have been profitable in FY 2019/20 as compared to 45% of the members FY 2018/19. While, 86% of the members were able to meet their projected revenue.

The report, however, also stated that the DRE sector wasn’t immune to the impact of COVID-19. 50% of the members reported increased revenue loss between quarter 4 of FY 2019/20 and quarter 1 of FY 2020/21. Members stated their opinion that to overcome the adverse economic effects of the pandemic, various sources of debt and CSR funds can be helpful. 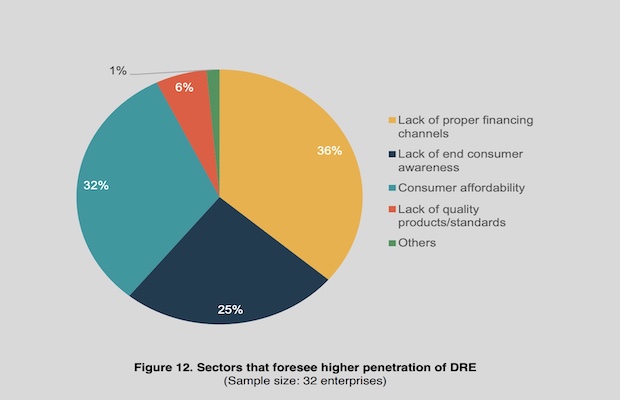 The report then goes on to indicate that there is maximum opportunity in rural development in areas such as health, livelihood opportunities, and agriculture; however, much remains to be done to leverage this potential.

And wrt to employment generation by CLEAN members, 42 enterprises who participated in the survey reported a total of 1264 employees. In comparison, 42 enterprises had reported a total of 6910 employees in FY 2018/19. This shows a severe decline in employment over the past one year, which can largely be attributed to reduced business opportunities arising from the COVID-19 crisis.