The inverter maker has opened its fifth European office in Netherlands after Germany, Italy, Hungary and UK. 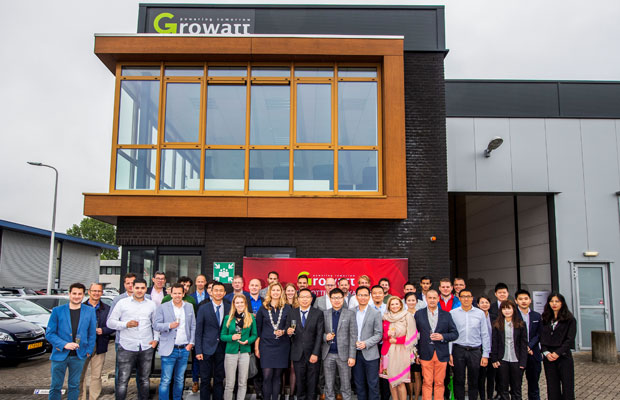 With an aim to encash the rapid growth of European solar energy market, Chinese PV inverters maker, Growatt, is expanding its business activities in Europe and has opened its new office in Rotterdam, Netherlands.

The inverter maker has opened its fifth European office in Netherlands after Germany, Italy, Hungary and UK.

On the opening ceremony of its newly established office in Rotterdam, Growatt, Co-founder and CEO, David Ding said, “Growatt highly values collaboration with local partners and are committed to providing better products and services. The opening of Rotterdam office is a further step in improving our customer services.”

The company claimed that, so far, it has become the No. 2 inverter brand in the residential sector of Netherlands solar market. It has also become the main supplier for the iChoosr projects.

Commenting on the development, Growatt, EMEA Director, Ramon Lee said, “We are now in a better position to expand our business activities. Like other branch offices, Rotterdam office is staffed with local Dutch speaking service engineers and we will be able to hold training sessions in the office for our customers as well.”

Lee further added that, “Our service will be greatly improved. We can keep and manage sufficient inventory in our warehouse and provide faster delivery of inverters or replacements. Customers can focus more on developing new projects and growing business together with us.”

“Netherlands is the fifth country after Germany, Italy, Hungary and UK in Europe where we have established our branch offices. We will integrate our resources and build a network that will boost our sales across Europe. We have confidence in strong business growth in European region and we’ll continue to increase our investments and work closely with our partners,” Lee said.

Meanwhile, the company aims to look beyond Benelux countries.