‘Green Initiative’: NER to Look Out For Energy Substitutes

As indicated by railway authorities, at the show, they are paying Rs 7 for a unit, however, once the solar power unit gets utilitarian. 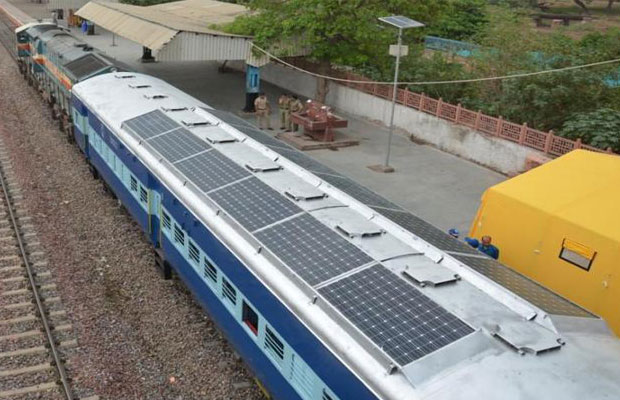 Under its ‘Green Initiatives’ drive, the North Eastern Railway is good to go to change from customary wellspring of energy to elective vitality by setting up solar power units on the tops of divisional railroad supervisor office, rail route workshop, and Bareilly city station.

Authorities said with the establishment of the solar panels, they would have the capacity to cut their power bills measuring Rs 15 lakh for each annum by 30%. In addition, NER will likewise pitch surplus energy to the power framework.

NER public relation officer (PRO) Rajendra Singh said, “A 300 KV solar power unit is being installed at the DRM office by erecting as many as 960 solar panels. Two more units of 200 and 50 KVs will be installed at the workshop building and Bareilly city station, respectively, by a Bhuvneshwar-based company Suryam International on public-private partnership (PPP) model. We have signed a contract for the next 25 years and need not spend money on it.”

As indicated by railway authorities, at the show, they are paying Rs 7 for a unit, however, once the solar power unit gets utilitarian, they should pay just Rs 4.89 for every unit to Suryam International.

“As of now, our power consumption is 3 lakh units per month. With the solar panel becoming functional, we will be able to save Rs 1.25 lakh a month — Rs 15 lakh a year. By selling surplus electricity to the UP Power Corporation Ltd, we can also earn money,” Singh added.

Authorities said they would cover each of the 85 stations falling under NER with solar power units. The NER has introduced upwards of 2,139 energy sparing LED tubes and 1,066 LED bulbs at these stations.