Under the Prime Minister Development Package 2015 these projects will be developed, he added. 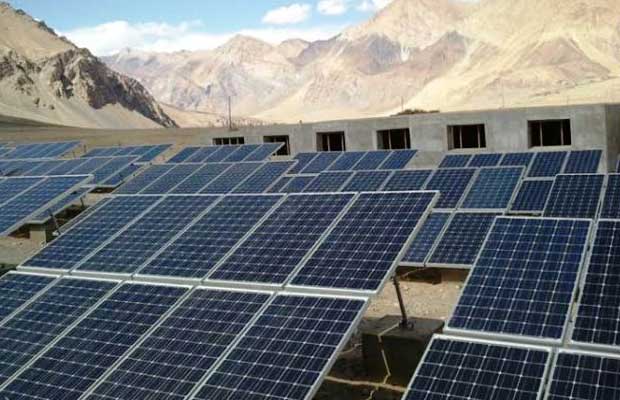 The Union Minister of State (IC) Power, New & Renewable Energy and Skill Development and Entrepreneurship, RK Singh has said on Thursday that the government is planning to set up 14 MW solar energy power plants in the Leh and Kargil region.
This information was provided by the power minister in a reply to a question in the Lok Sabha.

Under the Prime Minister Development Package 2015 these projects will be developed, he added.

The minister further said, quoted PTI that, “The MNRE (Ministry of New and Renewable Energy) has planned to set up solar power projects with a cumulative capacity of around 14 MW (megawatts) with a battery storage capacity of 42 MWh (megawatt-hour) in Leh and Kargil.”

Initially, the government has set an installation target of 175 GW of grid-connected renewable power capacity by 2020. Out of this target, 100 GW will come from solar, 60 GW from wind, 5 GW from small hydro and 10 GW from bio energy.

The Minister also informed that, till October this year, India has installed a total of 83.38 GW capacity of renewable energy.

Singh also informed about the other measures taken by the government to increase the deployment of renewable energy in the country including incentives such as accelerated depreciations, waiver of Inter State Transmission System (ISTS) charges & losses, viability gap funding (VGF) and permitting Foreign Direct Investment (FDI) up to 100 per cent under the automatic route.