Govt To Blacklist CSUN Over Failure To Meet Contractual Commitments 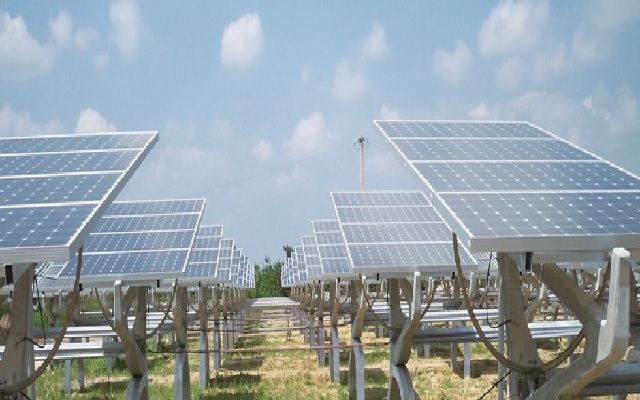 This is the first time that the ministry is considering such a step against a foreign solar equipment supplier. “We will soon issue an advisory to people not to buy from them,” Kumar told an Indian Financial Daily.

The ministry is also planning to prepare a list of approved suppliers to shield Indian companies from the risk of dealing with unreliable suppliers, he said.

Almost 90% of solar cells and modules used in Indian projects are imported, the bulk of them from China. The CSUN Group is one of the leading Chinese manufacturers with a production capacity of 1.2 gigawatts. The company is yet to issue any public statement regarding the development.

Solar project developers Acme Solar, RattanIndia and Refex Energy had complained to the ministry that CSUN had failed to honour contracts with them.

According to a petition filed by Acme Solar at the International Arbitration Centre, Singapore, CSUN had agreed to supply it solar modules of an aggregate capacity of 30MW. Acme paid an advance of $2.95 million, which was about 30% of the purchase price or equal to the cost of 9MW of equipment. CSUN failed to dispatch 9W of modules by the agreed deadline, and did not return the advance either, it alleged. The Singapore arbitration court upheld Acme’s appeal.

“The risk which Indian developers carry is over-dependence on Chinese manufacturers,” said a developer. “If you quote low tariffs and work with not so reliable suppliers, cases such as this could be the downside.”

In an effort to reduce over-dependence on Chinese equipment, India imposed a 25% safeguard duty on the import of solar panels and modules, mostly from China and Malaysia, from end-July 2018 for a year. It will be followed by a 20% duty for six months and 15% for another six. This has raised the cost of installing solar projects and consequently tariffs, but has not yet spurred any additional investment in local manufacturing.

In a letter addressed to Kumar, dated March 13, Refex Energy also urged the ministry to deny the entry of CSUN’s modules to India. “We would request you to please take steps to blacklist the company in India, deny BIS certificate and not allow entry of their modules in India,” said the letter. Refex claimed it placed an order with CSUN for procurement of 40MW of capacity which CSUN defaulted on. It also did not return the advance ($1.12 million) paid by Refex either, it claimed.

Yarrow Infrastructure, part of the RattanIndia Group, sent a similar letter to Kumar in February. “We request you to kindly direct the appropriate authority at Indian custom ports to hold back the custom clearance of the products being imported by CSUN into Indian territory so that no product of CSUN is allowed to enter Indian territory,” it said. The company claimed that it entered into an agreement with CSUN for supply of 20MW of modules out of which only 2.77MW was delivered.

The ministry is in the process of preparing an approved list of solar equipment manufacturers globally which it hopes will help Indian developers choose prudently. “The list will be operationalized by March next year,” Kumar said.