A scheme for new hybrid projects under the policy is also expected shortly. 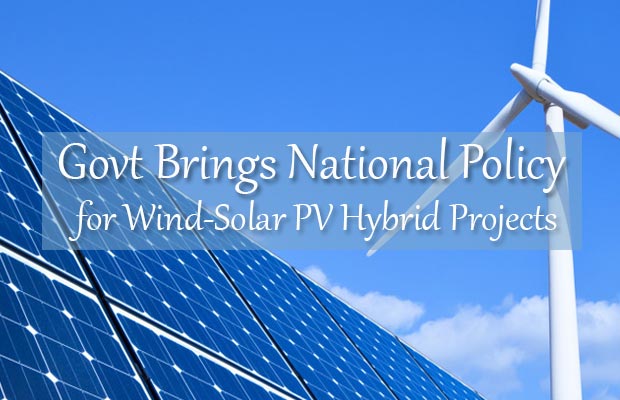 The Ministry of New and Renewable Energy (MNRE) also said in a statement that, “A scheme for new hybrid projects under the policy is also expected shortly.”

On technology front, this policy helps in integrating both the energy sources i.e. wind and solar at Alternating Current (AC) as well as Direct Current (DC) levels.

Through this new policy initiative, the government seeks to promote new hybrid projects as well as hybridisation of existing wind/solar projects, which can be hybridised with higher transmission capacity than the sanctioned one, subject to availability of margin in the existing transmission capacity.

Moreover, the policy also provides procurement of power from a hybrid project on tariff based transparent bidding process for which government entities may invite bids.

Additionally, this scheme also permits the use of battery storage in hybrid project for optimising output and further reduces variability. It mandates the regulatory authorities to formulate necessary standards and regulations for wind-solar hybrid systems.

Meanwhile, with significant capacity additions in renewables in recent years and with hybrid policy aiming at better utilisation of resources, it is envisaged that the hybrid policy will open-up a new area for availability of renewable power at competitive prices along with reduced variability.