Government Schools in Punjab to get Solar Power Plants

After Delhi and Haryana, government schools in Punjab have plans to install solar power plants to ensure uninterrupted power supply 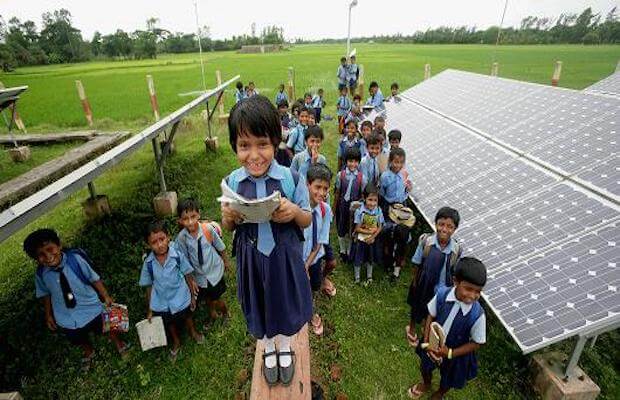 As many as 880 government-backed senior secondary and high schools across the state of Punjab will be covered under the solar net metering project in which 5kW solar power system (solar panels) will be installed.

The Punjab government has allotted Rs 3,080 lakh for the purpose. Of the 880 government schools, 69 schools are in Ludhiana and will be covered under this project.

DEO (S) Swaranjit Kaur said “schools have to apply online for this. This move by the department will prove beneficial for the government schools as after installation of the system, the schools can annually save electricity and diesel used for inverters and generators.”

Last week, Haryana Government also had decided to install a solar power plant/system in the secondary schools of rural areas in the state to ensure uninterrupted power supply for proper working of EDUSAT system.

Apart from this, the state government has set a target of generating 1190 MW solar energy in the current financial year and to achieve this goal, solar energy plants will be set up in 220 health centres this year.

This was announced by Haryana’s Minister of State for New and Renewable Energy, Banwari Lal, while speaking at the state level awards distribution function in Panchkula.

The minister said that efforts are being made by the State Government to promote the use of solar power in the state. Solar energy plants are being set up on the rooftops of schools, Anganwadi centres, CHCs and PHCs, government schools and government buildings, he said.

The minister said that farmers are being encouraged to set up solar power pumps and for this, there is a provision to provide 75 percent subsidy on the installation cost to the farmers. For this, a budget provision of about Rs 1,600 crore has been made, he added.

Publsihed with permission from iamrenew.com