Goa to Include Solar-Powered Boats on Panaji-Aldone Route

The decision to introduce a solar ferry boat has gained momentum and the government has principally approved for it on a budget of Rs 6 crore for this financial year. 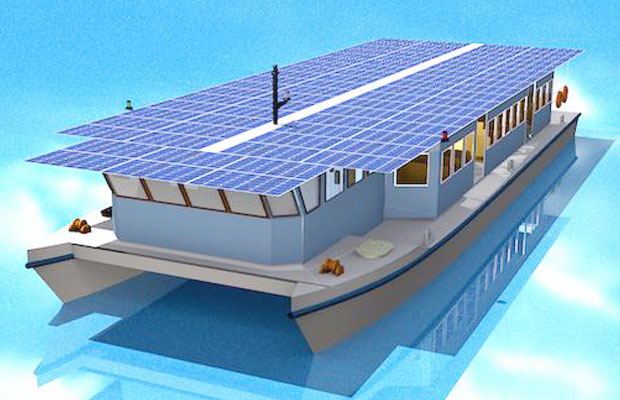 In order to include eco-friendly technology of solar-powered ferry launch service in the state, the Goa river navigation department (RND) is paving way to operate this new technology on Panaji-Aldone route.

“The decision to introduce a solar ferry boat has gained momentum and the government has principally approved for it on a budget of Rs 6 crore for this financial year. In this budget, we will see how many solar ferries can be built and deployed in our fleet. The process is on for floating an expression of interest for it, this month,” an RND official said.

Sources said the vessel will run on solar as well as battery power, and will be supported by a diesel generator set (as back up). It will be a 75-seater ferry with no vehicles allowed on board. This will be used by local passengers, particularly pedestrians in the morning and evening for commute, and through the day as a cruise boat for tourists. “There are a number of ecological and visually appealing nature sights on this route that tourists can enjoy,” sources said.

The tariff to be charged for the voyage from Panaji to Aldona is yet to be decided by the RND.

“The jetty infrastructure already exists at the Aldona ferry point. We only have to upgrade it to suit today’s,” an official said. The RND is hopeful that the addition of the ferry launch service in its fleet of ferries will help revive commute via waterways on this route. “We are proposing a vessel which will run at 14-15 knots. This means the vessel should reach Panaji within 45 minutes from Aldona; this would otherwise take 1.5 hours by road. This service will ease the traffic load on the roads.” the official said.