Ningbo, China based String inverter maker Ginlong has announced its third quarter results, with revenues at $52 million. For the firm, which started operations in 2005, these numbers demonstrate the scoching growth it has seen since post 2016, being higher than the numbers recorded in 2014, 2015, and 2016 combined.The numbers also come at a time when the firm is in the middle of a 15GW capacity expansion.

As the only publicly-traded company focused exclusively on PV string inverters, Ginlong’s performance speaks to the growth of its global operations and its key role within the string inverter category in the PV market. The firm also markets its string inverters globally under the Solis badge. Inverters account for over 95% of its total sales.

Highlights from the third quarter results ended August 31, 2019 include:

Ginlong’s total assets were $196 million, while cash flows from operating activities came in at $7.7 million. Sales and management expenses reached $ 12.9 and $ 6.6 million respectively. 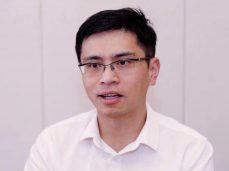 Ginlong credits its revenue and profit achievements this year to both its market development operations and orders for inverters and other products. In addition to ramping up its production capabilities and marketing efforts, Ginlong also revamped accounts receivable collection, boosting net cash flow generated by operating activities by nearly 230%.

It has been strengthening its Solis inverter line, adding a new energy storage system to its portfolio in 2017. Currently selling in Europe,Austrial,Asia, and  and soon, the US, the storage inverter allows residential customers to maximize self-consumption while boosting efficiency and overall returns. The compay claims that the storage solution received strong market acceptance in Asia with revenues increasing 100 times from 0.02% in 2018 to 2% this year, and received the 2019 Best PCS Supplier Award in China.

Focused on utility-scale project development as well as engineering, procurement and construction (EPC), the new division Ginlong’s move to transition from a  product supplier to utility plant deployment.

As one of the oldest and earliest inverter manufacturers to enter the American market in 2009, Ginlong is well established there now.  Successes include strategic partnerships with leading national installers in the residential space, collaboration with top commercial developers, and the launch of its utility-scale string inverter solution. Ginlong has since advanced into Latin America, extending its Solis brand throughout the region.

That has meant that despite a contracting global market that is challenging companies throughout the industry, Ginlong has managed to grow.