GES has completed the construction of two solar PV plants in Mexico and Spain for Alter Enersun with a total installed capacity of 88 MW. 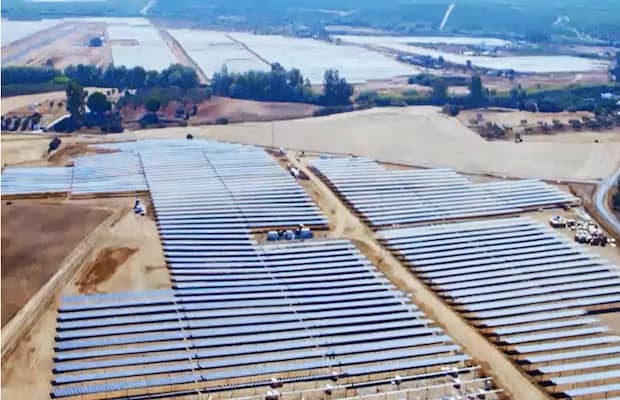 GES has completed the construction of two solar photovoltaic plants in Mexico and Spain for Alter Enersun with a total installed capacity of 88 MWp. The company has been responsible for the complete EPC in both projects including detailed engineering, materials logistics, as well as the construction and commissioning of the plants. Alter Enersun has already announced the expansion of the two plants, in which it will once again rely on GES for the execution of both projects.

The first solar plant is the Lázaro Cárdenas Photovoltaic Plant in the Yucatán Peninsula of Mexico and has a power of 38 MWp. It will produce 60,400 kW/hour per year, which means the annual consumption of 17,321 households, according to data provided by the Institute for Energy Diversification and Saving (IDAE). The plant, in production since this summer, occupies an area of 53 ha and has 114,160 solar panels.

This is Alter Enersun’s first photovoltaic plant in Mexico and the first of this technology that GES builds in Mexican territory, in which it has more than a decade of experience, where it is a benchmark in wind construction thanks to the more than 1.1 GW built so far. The plant is a milestone, being the first solar plant in the Yucatan peninsula.

Alter Enersun has announced the expansion of the plant and a project to install batteries that allow better use of the energy generated in the plant. The company will count on GES again for the execution of the same one, it is foreseen that the works begin during the first months of next year.

The second project is the Huelva 2020 Photovoltaic Plant, located in Gibraleón (Huelva) in Spain, and has a power of 49.9 MWp and will produce 101,317 kW/hour per year, which means the consumption of 29,056 homes.

During the last few weeks, the last works of the electromechanical assembly and the substation have been completed and it is expected that the energisation tests will begin in the next few days. The plant is expected to come into production at the beginning of December and it is estimated that it will reduce CO2 emissions by 100 million tonnes per year. Huelva 2020 occupies an area of 80 hectares and 133,056 solar panels have been installed there.

Alter Enersun already has permits for an extension of another 50 MW, which will be built during 2020. GES will be responsible for the engineering, procurement and construction of the plant.