Home » News » From MW to GW: A Change that Describes India’s Solar Journey Since 2014

From MW to GW: A Change that Describes India’s Solar Journey Since 2014

Every industry evolves its own jargon as it grows. In solar industry in India, the biggest change has been the shift in the language used to express deal sizes and ambition today. Megawatts (MW) to Gigawatts (GW) is a game changer. 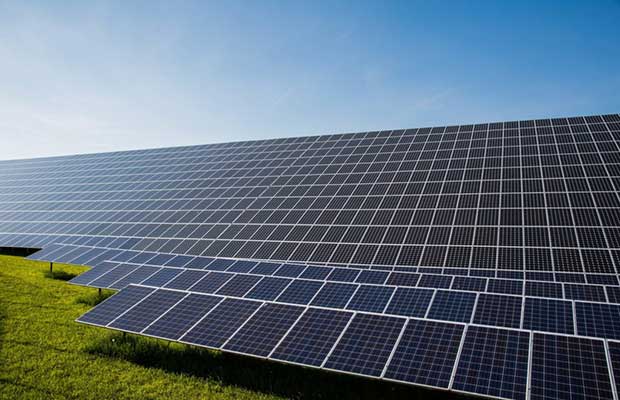 It was an innocuous looking invite, like many the editorial team receives each day. But a single figure demanded a second look. Sungrow Power, a hitherto key Chinese player in the inverter segment of the solar sector, mulling to host a party to celebrate 3 GW of installations for itself in India. That number, when you consider it, is stunning. It was as recently as 2015 that India had actually crossed 3 GW in cumulative installed capacity of Solar. That, in retrospect was also the breakout year, when installations grew by 42% over the previous year of 2014. But it is what happened since 2015 that has changed the industry forever. 2016 saw a jump of  80% over 2015 numbers, a growth rate that has roughly been maintained right upto 2018. For 2019, despite the much larger base, even the most pessimistic projections have pegged growth at 35 to 60% at the higher range.

Put those next to the actual solar target of 100 GW by 2022, and you realise just why the industry has changed completely over the past 3 years or so.

For Sungrow Power, if their sales team is to be believed, the 3 GW celebration is a precursor to a bigger 5 GW celebration they hope to have, quite possibly in 2019. And they are not the only ones. Even solar manufacturing, an area where the government has been pushing for more investments, while not exactly racing, key players like Vikram Solar and Waaree have almost tripled capacity to Gigawatt plus levels.

Today, other than the retail players in the rooftop segment, you will hardly hear the word KW, just MW. And even they will invoke the Gigawatt to talk up their potential and long term targets. For developers, who dreamt of 25 MW deals till not so long back, targets are invariably in Gigawatts today, backed by funding, as well as enough tenders to bid for.

India’s cold ‘desert’ in Ladakh, whose capital Leh was until very recently powered exclusively by diesel gensets, is today pencilled in for a massive 7.5 GW solar push, a number that will go up in all likelihood if India is to meet its targets.

Industry leaders like Renew Power, SB Energy and more all boast of 2019-20 plans, and longer 3 year plans where they hope to add at anything between 1-5 GW in capacity on their books.

Those numbers, and the increasing appearance of Gigawatts, dear readers, area clear indication that the industry has changed for good. Thanks to the heavy government overhang, it means that be it project scale, or rooftops, or the development of a healthy corporate buying market, the industry needs to get its act together and think bigger. That means pushing for uniform long term state level policies for rooftop solar, proactively solving pressing issues like water availability for maintenance of large scale projects, a simpler policy for pricing and ridding solar power of excess charges and cesses. Gigawatts is just a start, for India’s renewable energy sector itself, Terawatts beckons, as the country’s energy profile is forced to change completely by 2030 or earlier, if the worst of the climate change predictions come true.