Home » News » From 7 Paise Per KwH To Ownership. On SECI’s Future Plans

From 7 Paise Per KwH To Ownership. On SECI’s Future Plans

Solar Energy Corporation of India (SECI) CMD, Mr J S Swain, has been quoted in a recent interview to the Economic Times as saying that SECI plans to move to become a developer itself, with a first target of setting up 5000 MW of Solar-Wind hybrid projects in the coming decade. That announcement is a cause for serious thought, in terms of its implications, possible reasons, and possible consequences. We consider each of these aspects here. 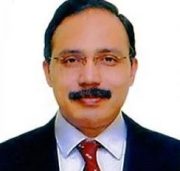 On the WHY of SECI’s decision. Perhaps the most important reason is that SECI itself has, like much of the renewable sector, fallen well behind on its target as a nodal agency  for commissioning renewable energy. In 2018-19, as MNRE’s implementing agency for RE projects, managed to award 5500MW of solar and  3190MW of new wind power generation capacity in the year, despite challenging circumstances. It also pushed hard for newer RE technologies by awarding the first solar-wind hybrid tender of 840 MW capacity. Major developmental works in floating solar & energy storage technologies were also started during the year, leading to large-scale tenders in these areas. Financially, the SECI had registered a strong growth trend during the fiscal, with y-o-y increase in total revenue (Rs 3264 crores)  and after-tax profit (PAT) being 177.59% and 99.93% ( Rs 129.4 crores) respectively.  However, 2019-20, even before the Covid-19 or Coronavirus stuck had already been a disappointing,  with the firm unlikely to meet the top end of its MOU targets with the MNRE. This lack of control over ‘outcomes’ has probably forced Mr J S Swain and the board to look closely at more businesses that it ‘controls’ directly.

So what the benefits of SECI turning a developer?

For the sector at large, one of the big hopes would be that the transmission of feedback in terms of market realities and challenges could possibly be faster. Till now, this has been a real challenge, despite the fact that RE is a young sector that has high government involvement from day 1.

It is almost certain, and a consensus view, tat India will struggle to reach its solar target of  100 GW by 2022 end. A few GW’s from SECI will certainly help.

SECI has not exactly been a stranger to running projects itself, especially when it comes to pushing for newer technology and/or direct government to government engagements. Plus, it also enjoys the balance sheet and the confidence of multilateral institutions like the World Bank to raise funding at low cost. This lower funding cost would be a welcome support for the sector, especially the broader ecosystem of suppliers, who will hope for a more dependable demand and payments.

One of SECI’s key mandates it to push for new technology. Storage for instance, is an area it has been pushing for, with limited success. Thus, in areas where the private sector struggles to match expectations on prices , SECI could step in to build demonstrator projects, as it has done in the Andamans with its BESS project. These projects have also presumably helped SECI, and the MNRE by extension, get a better sense of the challenges faced. Even floating solar, which has struggled to really find traction, could fall under this, besides the biggest of the lot, Solar-Wind hybrids of course.

Finally, as a government owned entity, SECI will possibly consider pushing solar in areas where state governments have either been unable, or unwilling to push it. States in East India especially, are prime candidates for a more concerted solar push, but miss out due to the lack of private sector interest.

So that covers the possible benefits. What could be the downsides to a big SECI push to go ‘commercial’?

For starters, for those who are ideologically inclined, the very idea of the government getting more deeply into business, yet again, is anathema. Government and business have been generally proven to be a poor combination, working only in pure monopolistic, essential markets like Water, or with social impact like healthcare and education. That is a very powerful argument against yet another addition.

As one of the key nodal agencies to enable RE adoption so far, SECI’s move to become a ‘player’ itself will create obvious conflicts. Frm making a trading margin of 7 paise per kwh to ‘owning’ the whole unit can be a huge jump in mindset. For instance, will this targeted capacity of 5000 MW come with the same rules as the tenders SECI itself has been floating? Where, as a matter of fact, existing players have struggled to meet onerous conditions, be it price ceilings, delivery schedules, or financial commitments? As a player with a deep insight into the difficulties and ‘hacks’ private players have built along the way, will SECI be using this deep knowledge to compete against them in case of competitive bidding?

Wouldn’t a government owned entity eventually breed the same inefficiencies the government invariably breeds? Consider how for years, noone truly understood the inefficiencies in an Indian Airlines, as long as it had barely one private competitor, Jet Airways. Jet did very well thanks to the inefficiency umbrella Indian Airlines provided, which enabled it to make super profits. It was only when real competition came in, that Jet’s own shortcomings were laid bare. The very fact that Mr Swain has chosen to pick Solar-Wind and Storage projects, showcases a preference to go it alone, or where competition will be minimal at this stage.

Finally, whats to stop SECI from ‘discovering’ inefficiencies as it does its own projects? with its own multiple 25 year agreements with multiple players, wouldn’t it lead to future conflicts  where it is reluctant to give the private players the benefit of mistakes made at a different time and stage of the technology cycle?

All these are issues that will come up, in one way or another. As you can see, dear reader, there is no easy yes or no here, though, the record of players in the solar sector has been positive enough to indicate that simply incentivising private players might be a better way to achieve most of the goals SECI has set out to achieve. However, if the organisation has decided to do it as a matter of its own long term viability and growth, then perhaps it needs to proactively do it in a partnership mode with other players, much like other players in the energy sector, be it GAIL, IOC, even NTPC and others.