French utility EDF continues to invest in a future where it expects storage to play a critical role, by acquiring UK battery storage firm Pivot Power. For EDF, the acquisition is another step in its effort to become a large scale storage firm. The takeover of Pivot Power also follows EDF’s acquisition in September 2018 of US EV technology firm PowerFlex Systems. 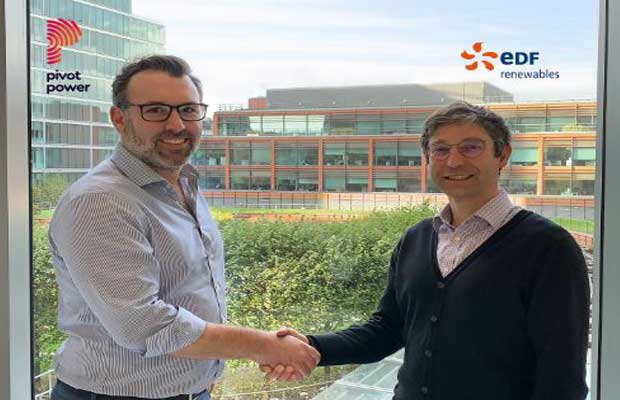 EDF confirmed the transaction yesterday, with the news that Pivot becoming a wholly owned subsidiary of EDF’s renewables arm.

Pivot has been involved in a project to build and provide as much as 50 MW of energy on demand to EV charging infrastructure in an area. 50 MW could potentially power multiple retail, office and similar areas where EV charging points could be installed. For EDF, which has announced plans to deploy as much as 10GW of additional energy storage by 2035, the Pivot buy will also bring in almost 2 GW of projects potentially in the pipeline.

Two of these 50 MW projects, which could go a long way in demonstrating both the effectiveness and commercial attractiveness of Pivots model, are expected to be commissioned towards the end of 2020. A further eight have planning consent, with another 30 set to be pursued, hence the 2 GW pipeline.

Pivot, which has built its own reputation for its work in development of storage projects, where it has exedcuted some prestigious ones at sites such as the Emirates Stadium, did not disclose the price of the deal.

For the Bruno Bensasson, led EDF Renewables, the acquisition will strengthen the company’s expertise globally, building on the company’s recent purchase of US-based PowerFlex Systems.

“Thanks to the skills developed within this specific field of electricity, the Pivot Power team will be a great addition to EDF. This is another positive step in the rollout of the Group’s Electricity Storage and Mobility Plans.”, he said.

“The acquisition of Pivot Power shows EDF is investing in a wide range of projects to deliver the huge shift to low carbon energy the UK will need to reach net zero by 2050,” Simone Rossi, CEO at EDF Energy, added.