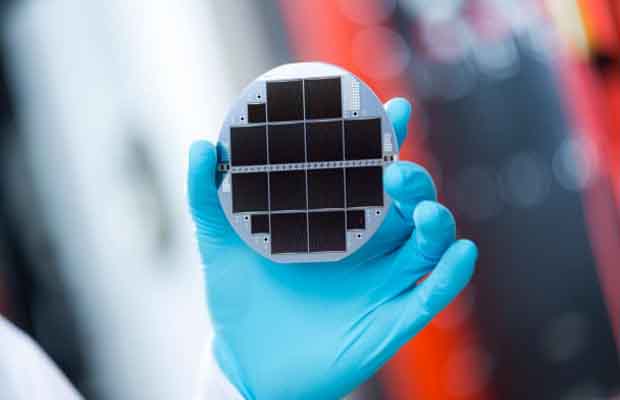 The researchers of the Fraunhofer Institute for Solar Energy Systems ISE (Fraunhofer ISE) together with the company EV Group (EVG) have developed a new silicon-based multijunction solar cell, which can convert exactly one-third of the incident sunlight into useful electricity.

“Meanwhile, the costs have decreased to such an extent that photovoltaics has become an economically viable competitor to conventional energy sources. This development, however, is not over yet. The new result shows how material consumption can be reduced through higher efficiencies, so that not only the costs of photovoltaics can be further optimized but also its manufacture can be carried out in a resource-friendly manner,” Bett added.

Already in November 2016, the solar researchers in Freiburg together with their industry partner EVG demonstrated an efficiency of 30.2 percent, increasing it to 31.3 percent in March 2017. Now they have succeeded once again in greatly improving the light absorption and the charge separation in silicon, thus achieving a new record of 33.3 percent efficiency.

The technology also convinced the jury of the GreenTec Awards 2018 and has been nominated among the top three in the category “Energy.”