With a record efficiency of 12.6 percent, the researchers have now reached an important milestone in the field of printed photovoltaics. 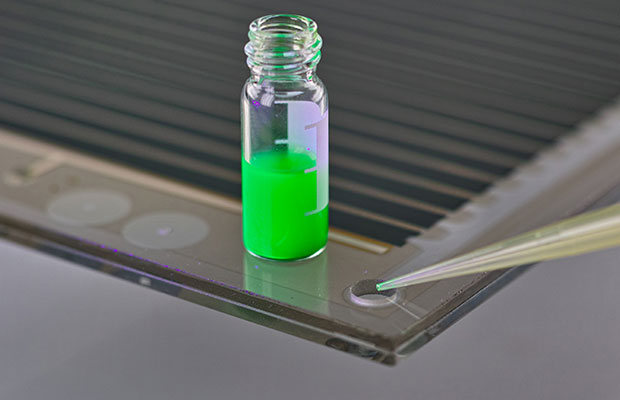 Besides silicon-based photovoltaics, which presently dominate the market, there are other materials, such as perovskite, that also show great potential.

Scientists are testing the proof of concept of these new types of solar cells. Very innovative is a new process for fabricating solar cells using sustainable and more resource-friendly methods.

Moreover, the number of production steps can be drastically reduced by reversing the manufacturing process. Such an in-situ concept for printed perovskite solar cells is being developed by the Fraunhofer Institute for Solar Energy Systems ISE.

Further, with a record efficiency of 12.6 percent, the researchers have now reached an important milestone in the field of printed photovoltaics.

Commenting on the development, Andreas Hinsch, reports, “With perovskite, a photovoltaic material that is currently being intensely investigated, and a photoactive salt, we have now succeeded, for the first time, in realizing a printed solar cell with an efficiency of 12.6%.”

He further added that, “With this success, we have achieved a first, important milestone in upscaling this technology and moving it towards industrial production.”

Besides, the certified laboratory efficiency that the scientists reached is also a new record for printed solar cells in general.

The Fraunhofer scientists expect further efficiency improvements for their printed in-situ perovskite solar cells, not least because the perovskite material already has demonstrated efficiencies up to 22 percent, as evidenced in the scientific papers on non-scalable laboratory cells.