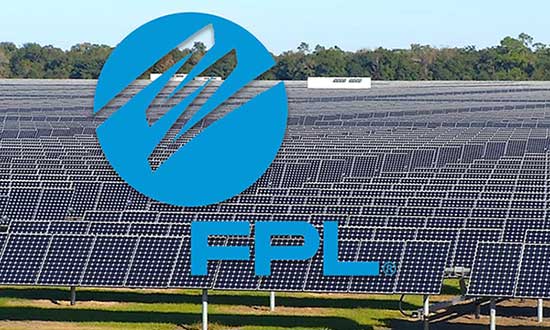 Eric Silagy, president and CEO of FPL, “With the support of communities across the state, we are advancing smart, affordable clean energy infrastructure while keeping customer bills low.”
Silagy further said, “These plants are another step forward in our ongoing strategy of making smart investments to better serve our customers now and in the future.”

FPL’s solar expansion plays a significant role in its forward-looking strategy of making smart investments that generate affordable clean energy for customers. FPL has been working for several years to find ways to reduce costs in order to bring more universal solar to its customers cost-effectively. This month, the company implemented a rate decrease, and its typical customer bill is now approximately 30 percent lower than the national average – lower than it was more than 10 years ago.

Each of the new solar plants will have a capacity of 74.5 MW. Combined, they are expected to generate enough energy annually to power approximately 60,000 homes and, over their operational lifetime, produce net savings for FPL customers of $40 million. The net savings are due to several factors including system fuel savings.

“It’s very exciting to see FPL’s commitment to invest in solar energy with the addition of four new solar energy centers in Florida,” said Jacqui Sulek, chapter conservation manager for Audubon Florida. “Clean energy technology is a great way to meet energy demands while reducing emissions and saving water. We at Audubon look forward to continuing our partnering with FPL on stewardship opportunities that will add value for birds, pollinators and other wildlife.”