As per the deal, the agreement will finance a solar-plus-energy storage system at the beer company’s new brewery in Kailua Kona, Hawaii. 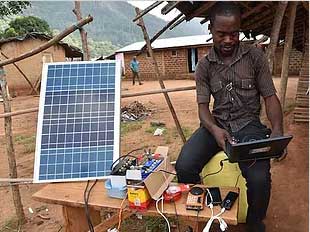 As per the deal, the agreement will finance a solar-plus-energy storage system at the beer company’s new brewery in Kailua Kona, Hawaii.

Further, the construction is expected to be completed early next year.

Projected to meet one-quarter of the brewery’s electricity needs, the installation will consist of a 336 kW roof-mounted photovoltaic system and an EnSync DER SuperModule that contains a 122 kW-hour battery system to capture and store excess solar energy generation, the company said in a statement.

Moreover, the project includes the Matrix™ Energy Management system, which uses DER FlexTM IoE technology to find and deliver the lowest-cost, most reliable electricity from multiple sources, it added.

Besides, Kona Brewing expects to produce a peak output of 6,875 cans of sun-powered beer per hour with the new system.

The company has contracted 27 commercial projects in Hawaii, which will account for more than USD 42.8 million in electricity sales over the terms of the agreements.

Tags: EnSync Energy, Hawaii, International, Kona Brewing, solar plus storage
"Want to be featured here or have news to share? Write to info[at]saurenergy.com