Home » News » Energy & Meteo Systems: RE Forecasters To The World

Energy & Meteo Systems: RE Forecasters To The World

Germany-based Energy & Meteo systems is one of the little known names, that packs quite a punch when you take a hard look at their work.

The firm, which recently announced their formal entry to India with their energy forecasting solutions, has already pocketed the forecasting for Pavagada solar park, one of the biggest in the country.  The announcement, made at the end of June, was no surprise, considering Energy and Meteo’s credentials. The firm claims to provide predictions for more than 50 percent of the worldwide wind power, and over 40 percent of the global solar power production.

The Oldenburg headquartered firm has emerged as the leading international providers of power forecasts and virtual power plants over the past few years. The firm claims that with its services for solar and wind energy parks and plants across the world, it substantially contributes to the efficiency of integrating renewable energy sources into power grids and energy markets.

By optimally combining these power predictions with its individually customisable virtual power plant – fluctuating, decentralized power sources can be reliably integrated into the energy grid and profitably marketed at an energy exchange.

In the sunny south of India, the Pavagada solar park covers an area of 53 square kilometers or 7,420 soccer fields. With a total output of around two gigawatts, the park currently ranks second place among the world’s largest solar parks (behind Bhadla Solar Park in Rajasthan). Various operators are responsible for individual sections of the park. Since the beginning of 2020, energy&meteo has been forecasting the power generation of this park for two of the largest operators of the park in Tata Power and SB Energy –together responsible for around 700 megawatts of solar capacity.

With this share of Pavagada solar park, the firm now provides reliable forecasts for operators of five of the six largest solar parks in the world. These include the current leader in Bhadla, India, with a total output of around 2.2 gigawatts. For the Greenko Group, the firm provides predictions for its 500 megawatts generational capacity in the world’s 6th largest solar park at Kurnool in Andhra Pradesh, India, with a total installed capacity of 1,000 MW.

Three of the six largest solar parks in the world are located in India, all with rated outputs in the gigawatt range. 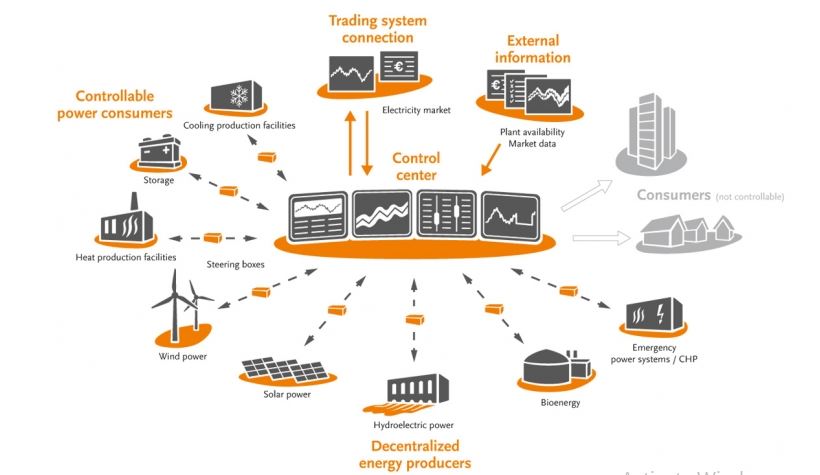 The firm believes that in order to safely integrate such powerful photovoltaic power plants into the power grids, grid operators need particularly reliable power generation forecasts. These must not only take into account the local weather, but also the local and technical characteristics of the respective plant. Inaccurate forecasts endanger the security of the electricity supply. After all, if grid operators do not react quickly enough to unforeseen fluctuations in the grid, the electricity networks of entire regions can collapse.

In India, the operators of solar parks are therefore obliged to have their own generation forecasts made and to transmit them to the grid operators. There are penalties if actual power generation deviates from the forecasts and these have been published online. This shows which providers supply the best forecasts.

“In India we can see in direct comparison with competitors that our forecasts are among the most accurate,” said Ulrich Focken, Managing Director and co-founder of energy&meteo systems. “We are delighted to achieve such good results despite the challenging tropical weather conditions. Even the monsoon is less of a problem than we thought.”

Beyond India, the firms’ services are made use of by grid operators and power traders from Europe, North and South America, Asia, Africa and Australia.

Since 2004, the company has been engaged in research and development projects in power forecasts, grid operations, power trading and load management. Together with its partners at home and abroad, it has approximately 100 employees working towards groundbreaking and marketable solutions to consistently promote a climate-friendly and secure energy production.