Enel To Start Selling Electricity Directly To Consumers In Australia

Giving a boost to its plans on offering its unique “green-tailer” product in Australia, Italian energy major Enel Group has secured an energy retail license from the Australian Energy Regulator (AER). As a part of its offering, Enel combines renewables from virtual power plants to EV charging options for its customers. 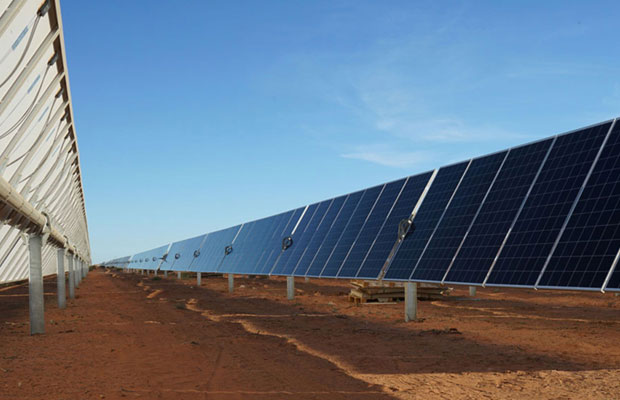 The entry of Enel in Australia’s green electricity retailing is expected to shake up the Australian market as it eyes the mass market. The timing of the entry also makes it interesting as the renewable heavyweight Enel comes in the energy retail at a time when traditional major suppliers such as AGL Energy are contending with the entry of global giant Shell into electricity retailing, and not to forget household telco Telstra also planning an aggressive move into their territory. Readers will recall that some of the largest global oil majors like Shell and bp have gone with a strategy of generating renewable power, over say, manufacturing equipment for the sector, as Reliance has done.

The Enel strategy will be backed by the group’s international track record in retailing, with its well established green credentials globally helping to differentiate its offerings.

The Group operates the biggest solar farm in South Australia, the Bungala facility near Port Augusta, and is putting the finishing touches to the Cohuna solar farm in Victoria, and has plans for at least another gigawatt of wind, solar and battery storage installations across the country.

These are exciting times for the Australian energy market. As per Australia Energy Regulators (AER) flagship State of the energy market report of July 2021, which shares comprehensive view of our energy markets, the pressure on electricity prices already began to ease during 2020 as reductions in wholesale prices started to flow through to consumers.

The report points out that the prices fell significantly in all regions across 2020, declining in the range of 23% and 58% compared to 2019 averages. The report credits growth in renewables for this. A record investment in rooftop solar was achieved, with almost 2,500 MW of new capacity installed across the National Electricity Markets (NEM) in 2020.

In 2020, over 3,700 megawatts (MW) of large-scale solar and wind generation capacity entered the NEM, mostly in New South Wales (NSW) and Victoria. This new entry drove record levels of wind and solar generation in 2020, accounting for over 19% of total electricity generation. Wind output exceeded gas generation for the first time.

The regulators report states that the energy system of the country is continually adapting as it transitions away from a centralised system of large coal and gas generation, towards a mixture of smaller scale, widely dispersed wind and solar generators, and battery storage.

Over the next 2 decades in Australia, 16 gigawatts (GW) of thermal generation (61% of the current coal fleet in the NEM) is expected to retire. Over the same period, 26–50 GW of new large-scale wind and solar capacity is forecast to come online, along with 13–24 GW of rooftop solar PV capacity.

Australia’s energy storage too is also expanding, through grid scale and household batteries, and pumped hydrogeneration plant. While still in their infancy, technologies including hydrogen and electric vehicles (EVs) are expected to impact both electricity supply and electricity demand.

As per estimates by MarketsandMarkets Analysis, the global energy and utilities analytics market size is expected to grow from USD 2.0 bn in 2020 to USD 4.3 bn by 2025, at a CAGR of 16.3 % during the forecast period. As there is an increased traction for going green from the largest of world economies, Australia is no exception, as it has been striving to create an enabling environment for green power.

The Enel offering will allow its customers to “decarbonise, digitalise and electrify their energy use”, thereby enabling them to earn significant amounts of revenue by supporting the grid’s fluctuating power needs.

Enel will also draw on its Enel X subsidiary, which has already built up a 350MW “virtual power plant” across the country that combines the resources rooftop solar, on-site battery storage systems and electric vehicle charging solutions.