Enel Green Power Brasil has started construction of the 133 MW expansion of the São Gonçalo solar park, located in São Gonçalo do Gurguéia, in Brazil. 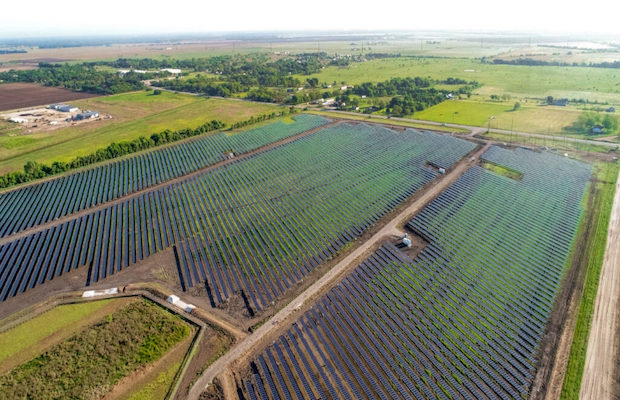 The expansion brings the overall capacity of São Gonçalo to 608 MW. The Group will invest around 422 million Brazilian reais, equivalent to approximately 100 million euros, in the construction of the new 133 MW section.

The 608 MW São Gonçalo plant is Enel’s first plant in Brazil to use bifacial solar modules that capture solar energy from both sides of the panel. The innovative modules are expected to increase power generation up to 18 percent.

Antonio Cammisecra, head of Enel Green Power, said “we are further expanding São Gonçalo, South America’s largest solar plant currently under construction, reinforcing our commitment to boost our renewable capacity in Brazil, where we are the main player in both solar and wind in terms of installed capacity and project portfolio.

“São Gonçalo’s production profile will further benefit from our innovation leadership, including through state-of-the-art generation technologies. The plant will dedicate a significant portion of its output, including the entire production from its new expansion, to Brazil’s free energy market, which is increasingly attractive to renewable investors.”

The 608 MW São Gonçalo solar plant is due to start operations in 2020, the construction of its first 475 MW section having started in October 2018. Out of São Gonçalo’s overall installed capacity: