Enel Green Power has been awarded 68 MW of wind projects and 38.3 MW for repowering of already-operational hydro plants in the second GSE auction in Italy. 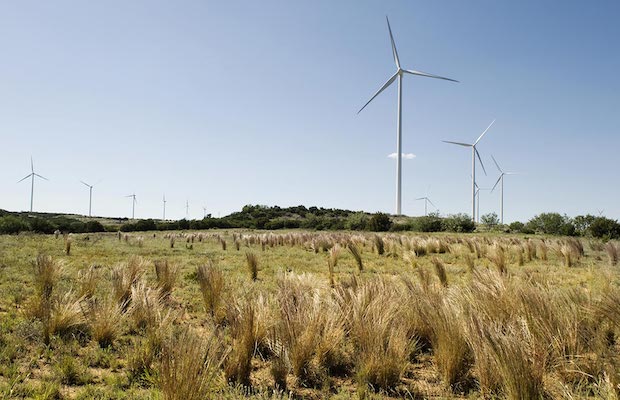 Enel Green Power has announced that it has been awarded 68 MW of new renewable capacity for two wind projects and 38.3 MW of nominal capacity deriving from the repowering of already-operational hydro plants in the second renewable auction launched by the state-owned energy service company GSE (Gestore Servizi Energetici) in Italy.

Specifically, the company participated in the 500 MW tender for new wind and solar projects and the 98.5 MW tender for renovations of renewable plants with a capacity exceeding 1 MW.

Regarding the new capacity, the two wind farms are located in Campania and Basilicata. The upgrading and useful life extension concern the three hydro plants already operating in the municipalities of Castiglione dei Pepoli (Bologna), Civitella in Val di Chiana (Arezzo) and Montecreto (Modena).

“With this second award we confirm the commitment to invest in new renewable capacity in Italy, contributing to the challenging decarbonisation objectives of the Enel Group and the country,” said Antonio Cammisecra, CEO of Enel Green Power and Head of the Global Power Generation business line. “Thanks to our development strategy, in 2019 the Group’s installed capacity from renewables exceeded that from thermal sources globally, marking a further step forward towards the progressive replacement of fossil fuels with zero-emission ones.”

The firm has stated that the construction of new capacity and the upgrading of existing plants in Italy are part of the wider commitment of the Enel Group to the growth of renewables and to decarbonisation which in our country foresees, in the 2020-2022 period, the development of new renewable capacity for around 700 MW and for which EGP has developed a pipeline of approximately 1.3 GW of opportunities that can start operating in the same period.

In the second auction conducted by GSE, wind won 406 MW of the 425 MW awarded in an undersubscribed auction – 500 MW was on offer.

“The primary reason for the undersubscription is Italy’s cumbersome and lengthy permitting process,” stated WindEurope. “Besides the challenges with permitting, the auction was also undersubscribed because repowering projects were not allowed to bid. This is significant. Italy has huge repowering potential: almost half of Italy’s installed wind fleet (10 GW) will reach the end of its operational life by 2030. The fact that repowering projects could not bid in the auction makes no sense.”

Onshore wind accounted for the entire 406 MW of the 425 MW awarded in the most recent auction. The price range was from EUR 56/MWh to EUR 68.4/MWh. The weighted average was EUR 64.6/MWh.