EDEN Renewables India, the equally owned JV of Total and EDF RE has been awarded three solar projects for a total of 1.35 GW in Rajasthan, India. 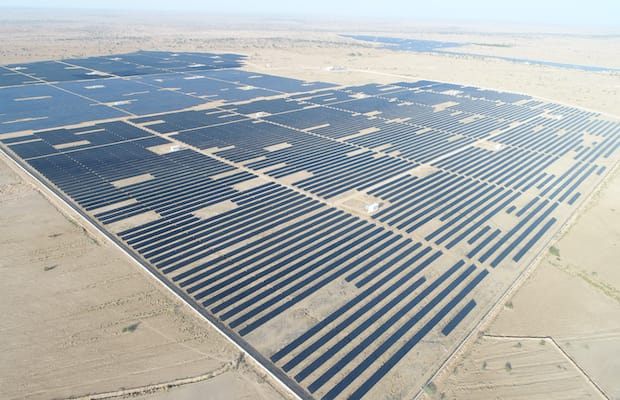 EDEN Renewables has established itself amongst the leaders in the Indian market, with a portfolio of capacities under development, under construction and operational totaling more than 2,200 MWp spread over the states of Rajasthan, Uttarakhand, Uttar Pradesh and Madhya Pradesh.

Between April and July 2020, EDEN Renewables India has won:

▪ one 450 MWp solar PV project during the last tender organised by the National Hydro Power Corporation (NHPC), for which a 25-year Power Purchase Agreement (PPA) has been signed with NHPC at the end of August 2020.

With the planned production of more than 2,300 GWh per year, these solar PV plants will generate the energy required to meet the annual electricity needs of nearly 2 million people in India. Constructions are due to start during the first semester of 2021 and commissioning is expected towards the beginning of 2022.

Fabienne Demol, Executive Vice President – Global Head of Business Development of Total Eren, said “we are very glad to have reached a new milestone with these three solar power plants, building upon the successful signature of four long-term PPAs last year. I would like to congratulate our teams for this achievement despite the current COVID-19 situation. Looking ahead, I am excited to be working on these solar projects with our partner EDF Renewables, through our joint subsidiary EDEN Renewables India, which plays a key role in achieving our local ambitions. Together, we are determined to provide electricity which is both sustainable and low carbon, in line with the Indian Government’s objective to increase the part of renewables in India”.

These recent successes follow the signature last year by EDEN Renewables India of 25-year long term PPAs for four solar power projects totaling 716 MWp2 of installed capacities in Northern India. Among them, “SECI III” (450 MWp) entered into the construction phase in Rajasthan, in April 2020, with commissioning expected towards the first semester of 2021.

EDEN Renewables India has been developing, building and operating solar projects in India since 2016. Through their local presence with a team of experts headquartered in New Delhi, EDF Renewables and Total Eren already operate four solar PV power plants in India.

Frédéric Belloy, Executive Vice President International Operations at EDF Renewables, said “we are pleased to have been awarded 1,350 MWp of additional solar projects with EDEN Renewables India. These recent successes will reinforce very significantly the footprint of our joint venture with our partner Total Eren. It also highlights the remarkable expertise and track record in solar power activities achieved by EDEN Renewables India. These landmark projects fit perfectly with the EDF Group’s Cap 2030 strategy of doubling its renewable energy net capacity in operation from 28 GW to 50 GW between 2015 and 2030 worldwide. Through our renewable energy developments, we are pleased to contribute to the Indian government’s goal of reaching 220 GW of non-fossil generation by 2022.”