The installations in the renewable energy sector including solar in India are getting affected due to an economic slowdown and inadequate investment inflow in the country, said GlobalData. 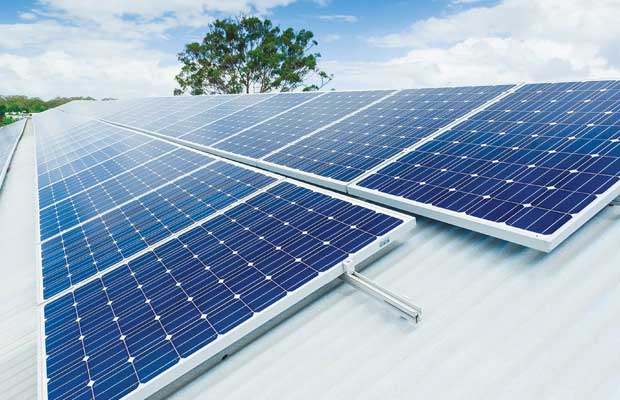 According to the data and analytics company “the economic slowdown in India and consequently the lack of inflow of investments are affecting the renewable energy sector, including the solar power segment.”

For FY20, the government had set a target of 8.5 GW solar installations, out of which only 41 percent i.e. around 3.5 GW of solar capacity had been installed till October 2019.

Besides, the annual target for previous financial year i.e. FY19 was 11 GW, of which around 59 percent i.e. 6.5 GW of capacity had been installed.

While explaining about the rooftop segment, Mohit Prasad, Project Manager at GlobalData, said that the economic slowdown is impacting the rooftop solar PV sector, which was the bright spot in the previous year. The sector has been hit by the slowdown, with installations dropping by 43.6 percent in the quarter ended September 2019, on a year-on-year basis. The sector has achieved installations worth 482.45 MW till October-end against the financial year target of 1,000 MW.

He further added that “the corporate and commercial customers, who are the key players in the solar rooftop space, are witnessing drop in their sales, and therefore subsequently in their investments and new rooftop solar installations.”

The data and analytics company report also highlighted that the credit ratings of some of these customers have also been downgraded making it difficult for them to get financing for the power projects. Moreover, lenders and other NBFCs are also not funding the power projects at the same levels, which were witnessed last year.

The report also highlighted the reason behind hurting the business sentiment was variation in regulations across different states and frequent changes.

On the rooftop segment, the data and analytics company said, the rooftop installations, which don’t operate in a streamlined environment, become easier targets for Discoms to regulate. Commercial and industrial (C&I) customers require protection from such interference.

On achieving the rooftop segment target, Prasad added that “rooftop solar has been the fastest-growing sector and it should increase the pace further in order to achieve the 2022 target of 40GW. But with these challenges, the sector has been struggling to keep up the pace. The Government must take measures to overcome the downturn and roll out streamlined regulations so that the sector can again contribute and help the country achieve its renewable energy target.”