EBRD and its partners are supporting the construction of a 100 MW wind farm near the town of Zhanatas in the south of Kazakhstan. 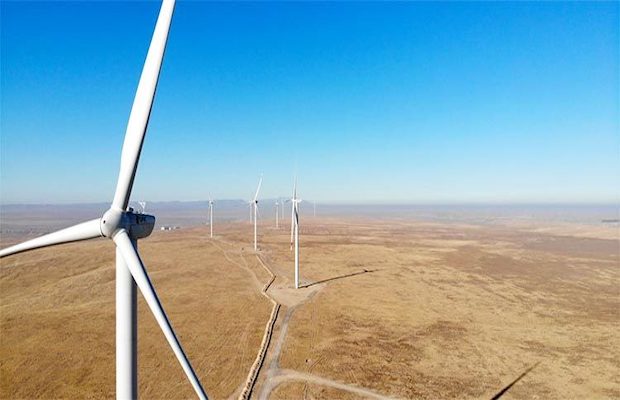 The European Bank for Reconstruction and Development (EBRD) and its partners are promoting the further transition from coal-fired power plants to renewable-energy power generation in Kazakhstan by supporting the construction of a 100 MW wind farm near the town of Zhanatas in the south of the country.

The funds will be used by Zhanatas Wind-Power Station, a special project company run and owned by China Power International Holding (CPIH) in partnership with Visor Investments Coöperatief, to construct and operate the wind farm as well as to build an 8.6-kilometre 110 kV single-circuit line connecting the facility to the national grid.

The new wind power plant will help reduce annual CO2 emissions by approximately 262,000 tonnes and contribute to meeting Kazakhstan’s goal of becoming a leader in the development of renewable energy in Central Asia by significantly reducing national emissions. The project is also in line with the EBRD’s Green Economy Transition approach.

The Project will promote and improve awareness of employment opportunities in the renewable energy sector among young women and men by developing gender-sensitive training and employment programmes.

To date, the EBRD has invested over EUR 8.63 billion through 273 projects in the economy of Kazakhstan.

In December 2019, we had reported that the AIIB board had approved a USD 46.7-million loan for the construction and operation of the 100-megawatt (MW) wind power plant in southern Kazakhstan which, when completed, will be the largest in Central Asia. It was reported that the plant on an annual basis would provide the country approximately 319 gigawatt hours (GWh).