The company’s aim behind the campaign is to create awareness about the usage of e-rickshaw batteries and apprise the stakeholders of the factors that affect the performance of these batteries. 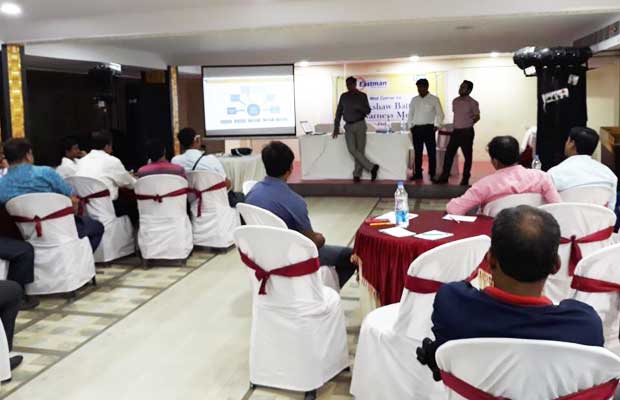 The company’s aim behind the campaign is to create awareness about the usage of e-rickshaw batteries and apprise the stakeholders i.e. e-rickshaw owners and trades, of the factors that affect the performance of these batteries.

EAPL has chosen West Bengal as the epicentre of the initiative as the state already has a burgeoning e-rickshaw population.

Commenting on the development, Eastman Auto & Power, President, Marketing and Product Strategy, Saurabh Srivastava said, “This innovative campaign has been conceptualized with an objective to sensitize relevant stakeholders about the benefits of using the e-rickshaw battery. E-vehicles are the future of India’s energy roadmap. The campaign is closely aligned to our vision to play an instrumental role in reducing the country’s carbon footprint.”

Beginning from Berhampur, the campaign has embraced cities such as Katwa, Bardhaaman, Howrah, Barasat, Midnapur, Siliguri, Cooch Behar and Nadia in West Bengal.

As a part of the campaign, attendees were made aware of technical know-how in handling an e-rickshaw battery, maintaining battery health and taking preventive actions to prolong battery life and performance.

In future, the company also plans to initiate this campaign in major re-rickshaw pockets such as Ghaziabad, New Delhi, Varanasi, Dehradun, Allahabad, Lucknow and North-Eastern states.

Currently, there are over 2 Million e-rickshaws plying on Indian roads. The e-rickshaw market has seen a triple-digit growth in the last three and a half years from 40,000 units in 2012 to about 2 million units presently.