“Each of the 60 flats will save around Rs 4,500 annually in their electricity bills, while the solar plants will be able to offset around 32 per cent of a resident’s annual carbon emission,” BSES said. 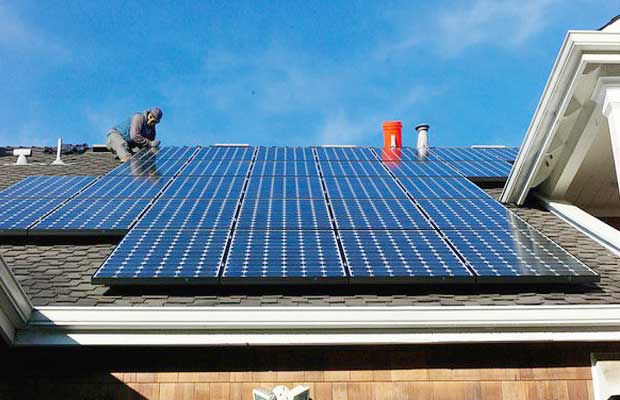 BSES in an official statement stated that 100 KW grid-connected rooftop solar society, the first of its kind, has been installed on Shiv Bhole Cooperative Group Housing Society (CGHS) in Dwarka.

“Each of the 60 flats will save around Rs 4,500 annually in their electricity bills, while the solar plants will be able to offset around 32 per cent of a resident’s annual carbon emission,” BSES said.

“The plant has been installed by Green Ripples Pvt Ltd following RESCO business model that entails providing electricity at a cost identified through competitive bidding, which in this case is Rs 2.66 per kWh (kilowatt hour) net of generation-based incentive, and is around 2.40/kWh less than the tariff of BSES Rajdhani Power Ltd (BRPL),” it further added.

Under the Indo-German Solar Partnership project, the Solarise Dwarka initiative was launched in January and is implemented by BRPL in partnership with Deutsche Gesellschaft für Internationale Zusammenarbeit (GIZ India).

Speaking at the inauguration Klein said, “It is quite encouraging to see people participating in the energy transition in India; that is the only way to have a sustainable energy transformation, similar to what we saw in Germany.”

BRPL Chief Executive Amal Sinha said on the development, “We would like to achieve at least 2.5 MW of solar installation within Dwarka, and are convinced of the increased role solar and other green energy would play going forward.”