The target of installing 100 GW of solar capacity by the government has to be achieved by 2022 and out of which the amount of energy that has to come up from rooftop projects is 40 GW. 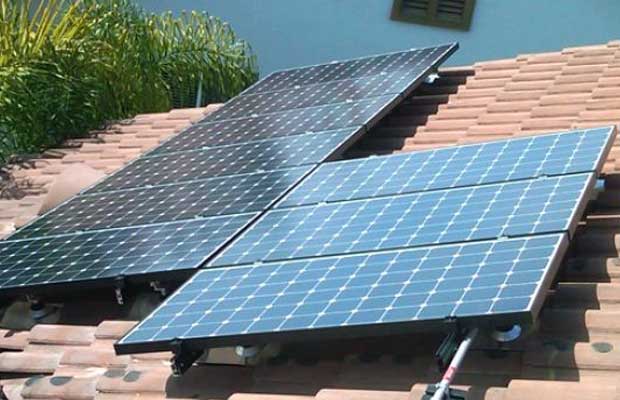 Due to the slow pace of the growth of solar rooftop segment, it would be very difficult for the government to achieve its target of installing 40 GW of capacity by 2022.

According to the experts, the country’s slow growth may hamper the efforts to achieve the milestone in the given time.

The target of installing 100 GW of solar capacity by the government has to be achieved by 2022 and out of which the amount of energy that has to come up from rooftop projects is 40 GW.

According to the data released by the Ministry of New and Renewable Energy, the country has only accomplished the setting up of 2 GW of solar rooftop capacity so far which is way too less than the target of 5 GW for the financial year 2017-18.

Solar Power Developers’ Association president Vineet Mittal said, “Rooftop projects can’t be added in that quantity as a lot of structures built were not designed for setting up such projects. People are not used to open space deficiency, so it will be tough to do it in the quantity envisaged by the government.”

Anmol Jaggi, founder, and director, Gensol group, said, government establishments and commercial buildings like malls or even warehouses have the capacity to install such projects, but it’s difficult on residential buildings, especially considering the structures that are being developed today.

Jaggi said, “To achieve the target of 100 GW, the government will have to find some alternate sources as 40 GW through rooftop alone seems difficult.”

Experts believe gross metering PPA’s with solar rooftop farms on warehouses should be adopted for supplying or supplementing discom requirements in the urban and industrial load clusters.

According to Sunil Rathi, director, Waaree Energies, Floating solar projects could also be a good alternative for the government to meet its 100 GW target due to limitations of land use.

“It is expected to develop into a leading segment within the industry given the low deployment costs, reduction in water evaporation and the potential to yield higher energy harvest,” he said.