DEWA Cooperates With Stanford University for R&D in Solar Energy

DEWA has announced its cooperation with Stanford University for research and development in the field of solar energy. 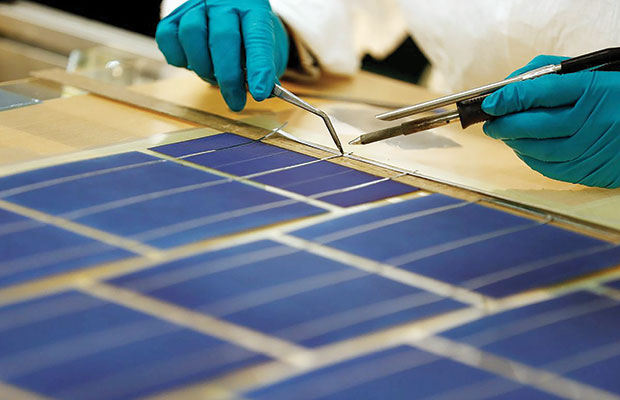 The Dubai Electricity and Water Authority (DEWA) has announced its cooperation with Stanford University in a number of research and development fields including radiation cooling to improve the efficiency and performance of solar panels, utilisation of autonomous robots in monitoring and maintaining solar energy plants, and the use of artificial intelligence (AI) to forecast the performance and production of photovoltaic solar plants in the short term.

The cooperation will involve researchers at its DEWA’s R&D centre through its membership in the university’s Energy 3.0 Programme, which is in line with the company’s vision to be a leading sustainable innovative global corporation.

“DEWA attaches great importance to research and development, and its strategies and initiatives are aligned with the UAE’s leading national strategies, including UAE Centennial 2071, a long-term government plan to prepare the UAE and young Emiratis for the future; the National Strategy for Artificial Intelligence 2031, to position the UAE as a global leader in AI by 2031; the Dubai Clean Energy Strategy 2050 to diversify the energy mix and provide 75 percent of Dubai’s total power output from clean sources by 2050; and the Dubai 10X Initiative, which mandates the Government of Dubai to be a global leader that is 10 years ahead of all other cities through government innovation and reformulation of traditional work mechanisms,” said HE Saeed Mohammed Al Tayer, MD & CEO of DEWA.

Waleed Salman, Executive vice president of business development and excellence at DEWA, underpinned the cooperation programme between DEWA and Stanford University that includes research and development in the fields of renewable energy, smart networks, energy efficiency and storage, and data analysis among others. The programme aims to exchange knowledge and expertise to develop solutions for the world’s most pressing energy problems as well as accelerate innovation and expand research and studies on advanced energy technologies.

The R&D Centre’s projects and programmes comprise internal labs to study and test system reliability, and external field testing of new technologies and equipment, including performance and reliability of solar photovoltaic panels and removing dust. The Centre cooperates with many entities, including the National Renewable Energy Laboratory of the US Department of Energy, the Spanish National Renewable Energy Centre, as well as the United Arab Emirates University and Khalifa University on joint research and studies in renewable and alternative energy.