Efficiency of solar modules currently available in the market is around 17-18 percent. Can our scientists take a challenge to come up with a more efficient solar module, which can be produced in India at the same cost, asks Modi. 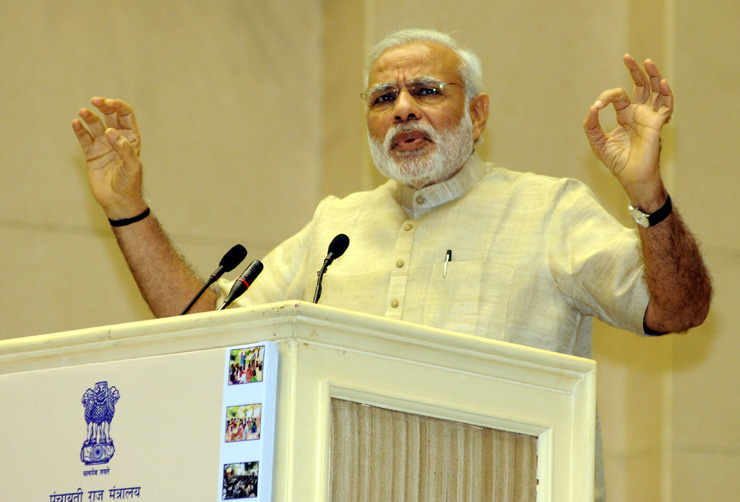 Prime Minister Narendra Modi exhorted scientists to extend their research from “labs to the land” for the greater benefit of the people and said time was ripe to redefine ‘R&D’ as research for development of the nation.

“Efficiency of solar modules currently available in the market is around 17-18 percent. Can our scientists take a challenge to come up with a more efficient solar module, which can be produced in India at the same cost,” Modi asked while speaking at the inaugural session of the 105th Indian Science Congress in Manipur.

Modi said India has a rich tradition and a long history of both discovery and use of science and technology.

“It is time to reclaim our rightful place among the front-line nations in this field,” he said, calling upon the scientific community to extend its research from “the labs to the land”.

He further said, “the time is also ripe, to commit ourselves to facilitate ‘Ease of Living’ for 125 crore Indians, through the power as well as potential of science and technology.”

Modi said the theme of the meet, ‘Reaching the unreached through science and technology’, was most appropriate as science should help to solve the socio- economic problems of common people.

The government has set an ambitious target of 100 GW of installed solar power by 2022, Modi said.

He also said the government is committed to increasing the share of non-fossil fuel based capacity in the electricity mix above 40 percent by 2030.

India is a leader in the multi-country Solar Alliance and in Mission Innovation. These groupings are providing a thrust to R and D for clean energy, the prime minister added.