The foundation stone laying ceremony for the project is expected to be held at Gurdwara Bangla Sahib next week. 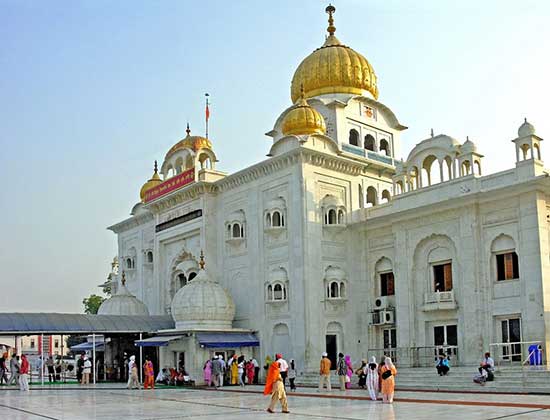 In a bid to conserve energy, Gurdwaras in the national capital will be solar powered for their day-to-day functioning, President of the Delhi Sikh Gurdwara Management Committee (DSGMC) Manjit Singh said.

The renewable energy wing of the DSGM has started the one-megawatt solar energy project to be commissioned by next month.

According to the statement, the project will initially start at four gurdwaras in the city: Bangla Sahib, Rakab Ganj, Nanak Piao Sahab and Majnu Ka Tilla Sahib.

Singh said the project was a tribute to the “seventh Guru Sri Har Rai ji” whose love for nature and its preservation inspired the community to take care of the environment.

As per reports, the foundation stone laying ceremony for the project is expected to be held at Gurdwara Bangla Sahib next week.

The solar project is projected to generate around 4,000 units per day with an annual generation of approximately 1.3 million units.

The project will work with around 3,125 solar panels placed on the rooftops of the gurdwaras.

“The installation of one-megawatt system at gurdwaras in the national capital will replace parts of the grid power provided by the NDMC and discoms with clean solar energy,” Singh added.