There are half a dozen established solar companies tapping the corporate sector, as solar power prices have crashed to a viable less than Rs 3/kWh (kilowatt hour) from over Rs 5/kWh three years ago. 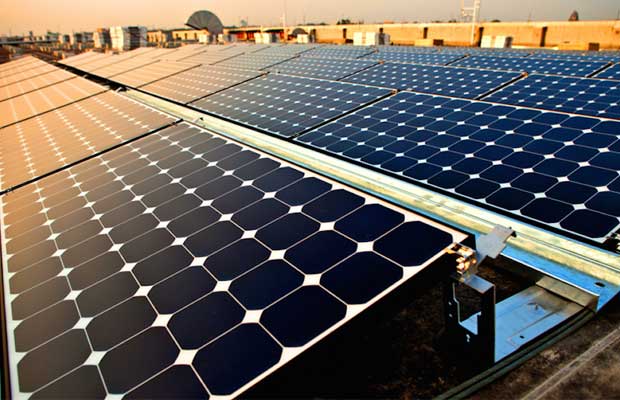 Cleanmax Solar, Asia’s leading rooftop solar specialist that controls 24 percent of the domestic market, has already installed nearly 450 megawatts in various factory premises. They include 250 plus top corporate and multinational customers like Tata Group companies including the Nano factory in Sanand in Gujarat to the automobile, pharma, IT, food and beverage companies.

There are half a dozen established solar companies tapping the corporate sector, as solar power prices have crashed to a viable less than Rs 3/kWh (kilowatt hour) from over Rs 5/kWh three years ago. “We have not tapped even five percent of the industry potential. The scope of growth is immense as rooftop solar is not even 4 percent of the 20 (gigawatt) total solar installed capacity in India”, says Sushant Arora, Co-founder, CleanMax Solar.

CleanMax, which had a maximum of Rs 13 crore revenue in the initial years, grew to Rs 65 crore and Rs 125 crore in subsequent years. Its revenue in 2016/17 was Rs 298.5 crore. Last year, Cleanmax clocked nearly Rs 1200 crore revenue, adding about 300 MW in a single year and 99 percent of that came from corporate clients, which include even reputed private universities.

CleanMax Solar also built Karnataka’s first open access solar farm, a 30 MW facility in Tumkur district. It operates multiple solar farms to supply electricity to corporate consumers on an open access basis across the states of Karnataka and Tamil Nadu, with a combined capacity of more than 60 MW.