CIAL Signs Deal to Set Up Solar Plants in Ghana

CIAL has been visited for understanding the model by representatives from nations like Liberia which relies on diesel stations for generation of power also. 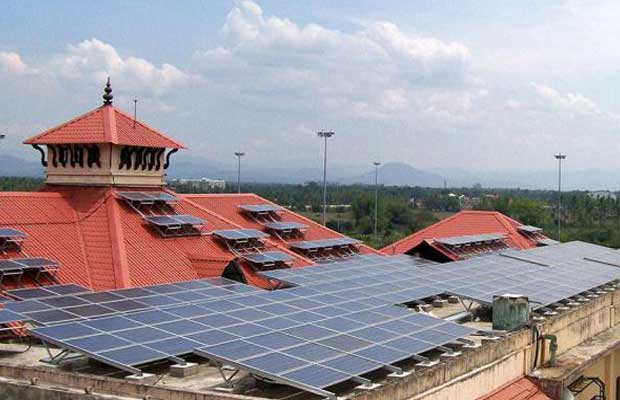 Cochin International Airport Limited (CIAL) has signed a Memorandum of Understanding (MoU) with the consultant of the Airport Authority of West African nation Ghana for setting up solar plants at the three airports in that country.

The solar project at Kotoka airport will start soon. Plant with 6 MW capacity will be set up here. A CIAL release said that 1.5 MW of this will be generated from the panels set on top of the car park facility.

CIAL has been operational completely on solar power from past three years. V J Kurien said that CIAL decided to provide consultancy in solar power due to enormous importance given world over to alternative and eco-friendly energy sources. He said that by implementing the same in the case of an airport which uses power on a largescale, CIAL drew attention worldwide.

CIAL has been visited for understanding the model by representatives from nations like Liberia which relies on diesel stations for generation of power also.

The current capacity of CIAL solar plant is 30 MW which includes generation from eight plants on top of the carport. The capacity will be augmented to 40 MW by coming May.