CleanMax Solar has partnered with Mandoli Jail, Delhi, to install a rooftop solar plant with a capacity of 736 kWp. 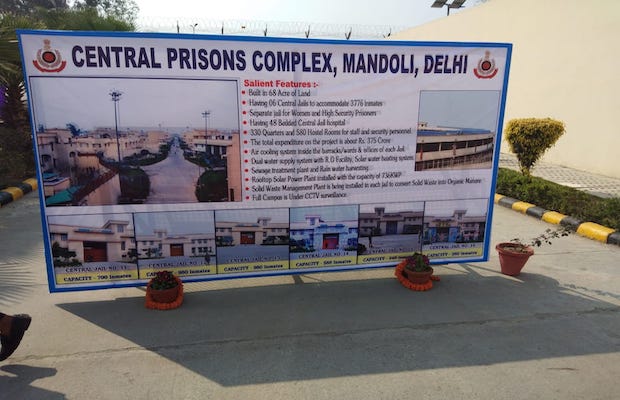 The rooftop system is expected to save Rs 51.5 lakh per annum for the jail and reduce carbon dioxide emission by nearly 1618 tonnes annually, equivalent to removing 200 passenger vehicles from the road for the next 25 years.

By partnering with CleanMax Solar, Mandoli Jail expects to supply sustainable energy to 3,750 inmates in 6 jail buildings, and the admin block. This is one of the largest solar power installations in jail across India. This will result in a significant reduction in dependency on the main power grid. Additionally, through the ‘Pay-as-you-go’ or OPEX model, CleanMax Solar will provide solar power to Mandoli Jail with tariff rates that are approximately 50 percent cheaper than existing grid electricity tariff.

Andrew Hines, Co-founder, CleanMax Solar said, “We are pleased to announce our partnership with Mandoli Jail authorities for supplying clean, safe and sustainable energy. As part of the 2.5 MW tender by Indraprastha Power Generation Co. Ltd., Delhi (IPGCL), this is a major initiative for the jail, in terms of size and cost savings, as well a commitment to clean energy”.

“During installation of the solar project, inmates participated in the construction of the plant, with basic vocational training by the CleanMax Solar project team. We are glad to be part of the Delhi Government’s initiative towards the inclusion of sustainable power production, in Public infrastructure domain. We hope to replicate the same, risk and hassle-free ‘OPEX model’ across other government facilities across the country”, Hines added.