CleanMax Solar has won this award due to its efforts to help corporates and social institutions achieve their sustainability aspirations. 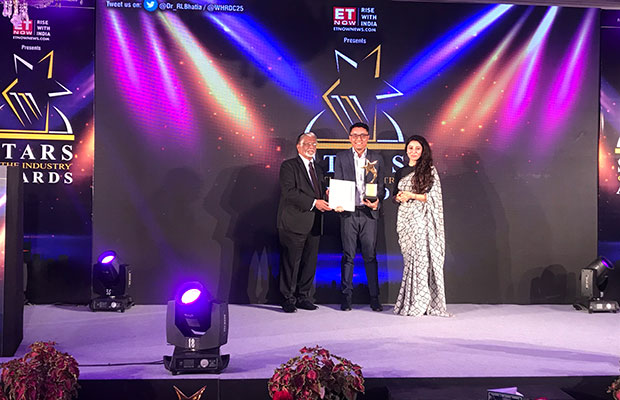 The “Star of the Industry Award 2018” was given out by ET Now and World CSR.

CleanMax Solar has won this award due to its efforts to help corporates and social institutions achieve their sustainability aspirations. The awards were presented on 21st December 2018 by Ms. Jai Madaan, a renowned astrologer & Dr. Aquil Busrai, CEO, Aquil Busrai Consulting to Mr. Randeep Bora, Head Govt. Business; who received it on behalf of CleanMax Solar.

The award recognizes companies and entrepreneurs who have disrupted the market and brought about a sustainable change. Apart from helping corporates adopt solar energy, CleanMax Solar in 2012 brought about the groundbreaking ‘Energy-Sale’ model in rooftop solar Industry which has been a major catalyst in private sector adoption of solar power.

Mr. Kuldeep Jain, Founder and Managing Director, CleanMax Solar, said “We are extremely honored to receive not one but two prestigious “Star of the Industry Awards 2018”.   I am grateful for the recognition that my company and I have received in our endeavour to pave the way for a sustainable future for India and the world.”

CleanMax Solar’s cumulative average growth rate (CAGR) of solar volumes since F.Y. 2016 has been 86%, and its average rooftop market share is around 20% for the past 4 years. The company’s operating capacity has increased by 300% in the last 2 years, and all of this has been accomplished under Kuldeep Jain.